Aviation Engines Past, Present and Future 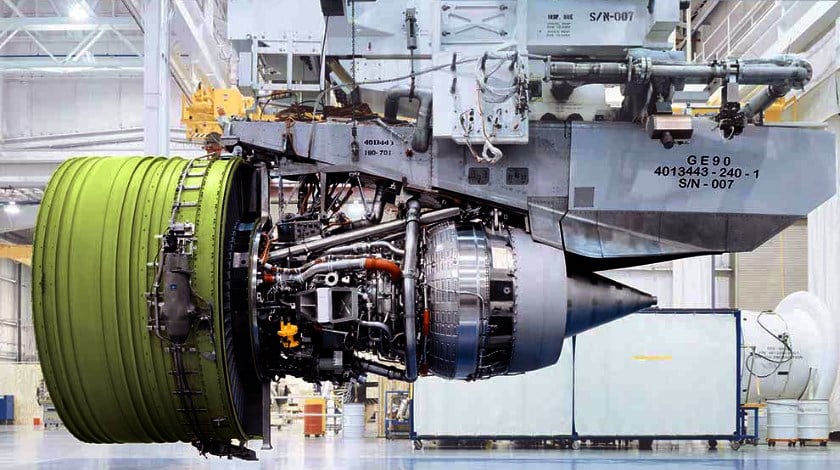 As the performance of aircraft has increased, the requirements of their engines have also increased. The first aircraft had gasoline engines with pistons and carburetors, current aircraft are powered by jet engines, and new experimental engines might bedriven by ramjet and scramjet technology.

The 1903 “Wright Brothers Flyer” was powered by a simple, in-line four cylinder, gasoline powered engine. The engine block was made from cast iron and machined by hand. By current standards it wouldn’t even be used to power a motorcycle, let alone an aircraft. Even though the engine’s horsepower exceeded the amount which the Wright Brothers had originally planned, it still only produced 12 horsepower, which is roughly the same as a riding lawnmower.

Flash forward forty years to the testing grounds of World War II when the American fighter plane, the P51B “mustang” sported an internal combustion engine which in theory, is the same as the Wright brothers engine. Both the Wright Brothers’ and the Rolls-Royce Merlin engines turned a shaft using liquid fuel explosions and pistons, but that’s where the similarities ended. The Merlin engine in the “mustang” (designated V-1650-3 Packard Merlin engine) produced 1,520 horsepower and allowing the plane to have a cruising speed of 340 knots at 10,000 feet. Towards the end of WWII, jet technology was dawning and would forever change the way aircraft were powered.

The Rise of Turbojet Technology

These engines differed greatly from the piston-driven prop setup which had dominated aviation since the very beginning. Jet technology allowed for faster, quieter and more comfortable flight which was better suited the needs of airline passengers. Over the years jet technology became more advanced and more efficient.

The venerable Boeing 777 is an example of the optimization of theories developed through four decades of jet travel. It has safely and speedily carried people to their destinations each and every year since 1995. It is the standard for modern travel and flight. The General Electric engines which power this aircraft are feats of engineering and have been improved and perfected constantly since their introduction.

The General Electric GE90 is a series of high-bypass turbofan aircraft engines built by GE Aviation for the Boeing 777, with thrust ratings ranging from 74,000 to 115,000 lbf (330 to 510 kN). According to the Guinness Book of Records, the engine holds the record for the highest thrust at 127,900 lbf (569 kN). This thrust record was accomplished inadvertently as part of a one-hour, triple-red-line engine stress test. The new record was set during testing of a newly developed engine at GE Aviation Peebles Test Operation center. This record beat the engine’s old world record of 122,965 lbf (546.98 kN).

This type of performance leaves little room for improvement, but on the horizon ramjet and scramjet experimental engines offer insane speed and power for future aircraft. Ramjet and scramjet engines have no moving parts and are powered by the titanic pressures caused by supersonic flight. These types of engines rely on this pressure to ignite the fuel and air mixture in their respective combustion chambers. In ramjets and scramjets the engine relies on high vehicle speed to forcefully compress the incoming air before combustion, but a ramjet decelerates the air to subsonic velocities before combustion.

Ramjets and scramjets differ in that, scramjet engines have supersonic airflow throughout the entire engine, where ramjets slow the air down to subsonic speeds before igniting it. The design of both engines allows them to operate efficiently at extremely high speeds, with the advantage given to the scramjet. How fast do you ask? Well In May 2013 an unmanned X-51A WaveRider reached 4828 km/h (Mach 5.1) during a three-minute flight under scramjet power. If an aircraft were traveling at that speed it would take it 45 minutes to reach New York from London.

The engines used to power our planes through the air have come a long way since the Wright Brothers. Current technology continues to improve. New engines and improvements make flying faster and more efficient. It’s exciting to see what new developments will do to make flight even more comfortable and accessible. Aviation technology like scramjets and ramjets could even make intercontinental commuting something commonplace. There is simply so much advancement and innovation happening, who knows what aviation may look like in twenty years!