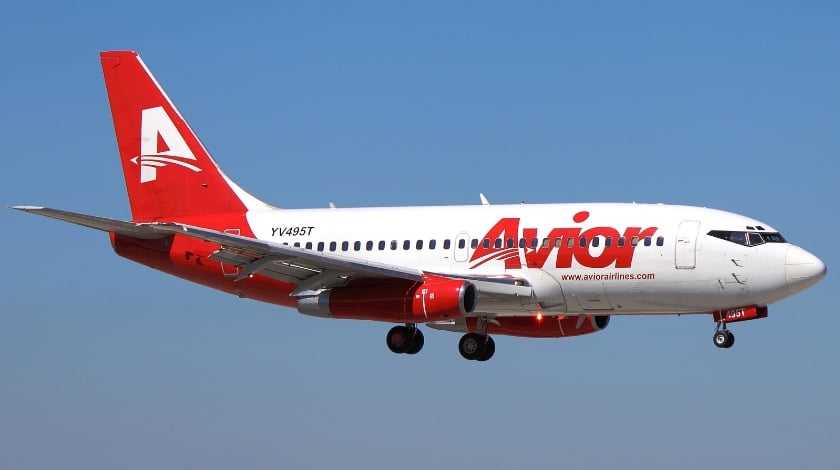 Venezuelan carrier Avior Airlines has been added to the list of airlines that are banned from the European Union (EU) in the latest update of the EU Air Safety List, which is more commonly known as the EU blacklist.

Another two airlines – Mustique Airways from St. Vincent and the Grenadines and Ukrainian carrier Air Urga – were removed following safety improvements. The two airlines have been on the list since May 2017.

The updates were announced following a meeting of the EU Air Safety Committee (ASC), made up of EU member state safety experts, on Nov. 13-15.

“Our objective is to offer the highest level of safety in European skies. The EU’s Air Safety List remains one of our most effective tools to achieve this. Today we are showing that with our help, airlines can be quickly removed from the list when they tackle their safety issues. Work pays off and I hope that the example of Mustique Airways and [Air] Urga will inspire others,” EU transport commissioner Violeta Bulc said.

Following the Nov. 30 update, a total of 178 airlines from 16 states are banned from EU airspace.

This total includes 172 airlines that are blacklisted because the European Commission is not satisfied with the level of local aviation authority safety oversight – rather than specific problems with the carriers themselves.

Another six airlines are subject to operational restrictions and can only fly to the EU with specific aircraft types. These are Afrijet and Nouvelle Air Affaires SN2AG (Gabon), Air Koryo (Korea), Air Service Comores (the Comoros), Iran Air (Iran) and TAAG Angola Airlines (Angola).