China Eastern Airbus A321 Skids Off The Runway In Hong Kong 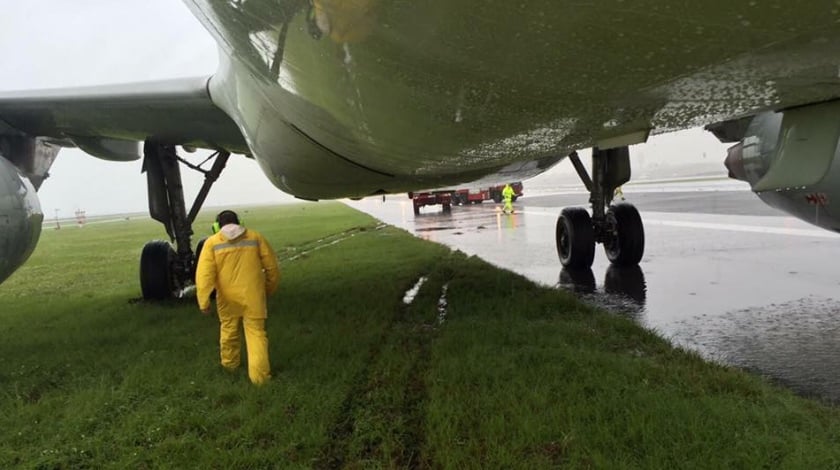 Flights to and from Hong Kong International Airport were disrupted for almost two hours on Wednesday morning after a China Eastern Airlines plane skidded off the runway while landing during heavy rain.

Flight MU765 from Nanjing landed at 10:51am and airport officials said the Airbus A321 slid off the runway as it was making its way to the gate.

Firefighters were deployed after the plane came to a halt with its front and right side wheels stuck on the grass outside the runway. The Civil Aviation Department said it will conduct an investigation into the incident.

It took over 90 minutes before workers shifted the plane back to the runway and towed it away.

Airport authorities said the 141 passengers and crew members were then transported to the terminal by bus and two people who felt unwell were sent to hospital for checks. The north runway was closed during the incident, causing disruption to 50 incoming flights and 59 departures. The runway was reopened at 12.40pm.

The accident came as a black rainstorm warning was in effect and thundery showers battered the territory.