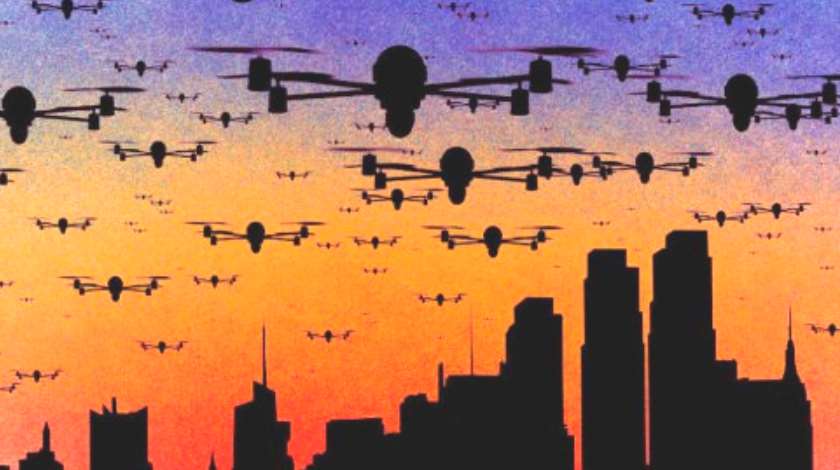 According to the Washington Post 700 close calls with drones have been reported by pilots this year, a figure which is double that of 2014, while in 2013 the reports were virtually non-existent. For some time the Federal Aviation Administration (FAA) has been preparing recommendations for the registration of drones or unmanned aerial vehicles (UAVs) as they are also referred to, which were finally released on Monday.

However the recommendation for drone registry immediately came under attack from the Academy of Model Aeronautics’ (AMA) Executive Director, Dave Mathewson, one of the 25 task force members who were charged with coming up with suggestions for the control of UAVs. The recommendations put forward to the FAA together with 4,500 comments from the public will now be reviewed by Transportation Department officials currently working on new rules which will require drone owners to register their UAV with the government.

This registration is seen as a sensible way to tackle the increasing number of drones being flown near airports as well as public venues which have caused concern over safety and security among authorities throughout the USA. It is anticipated the FAA will accept the majority of recommendations which will require all users of drones of a weight of 8.8 ounces (250 grams) and above to register the vehicle with the government and attach their registration number to it.

Earl Lawrence, the FAA’s Drone Integration Office Director, told reporters in a conference call that “The objective here is very safety and education focused. Just the fact that somebody registers enables us to educate them, provide them educational information so they understand they’re operating in what we call the national airspace system.” Lawrence was co-chair of the FAA’s task force, which the FAA assembled last month and described the recommendations as “a consensus report with no dissenting opinions.”

However within an hour of making that phonecall the Academy of Model Aeronautics, a 185,000-member hobbyist group which formed part of the task force, accused the government of stifling dissent, making it clear that the recommendations would violate a 2012 congressional order which would prevent the FAA from regulating hobby drones.

Mathewson stated that the “AMA wanted to include dissenting comments in the final task force report but was prevented from doing so,” adding that the recommendations would create “an unnecessary and unjustified burden” on the group’s members as they already register their UAVs with community-based organizations. He also made it clear that members had respected FAA rules for decades while also helping the agency with its provision of educational material for new public UAV operators.