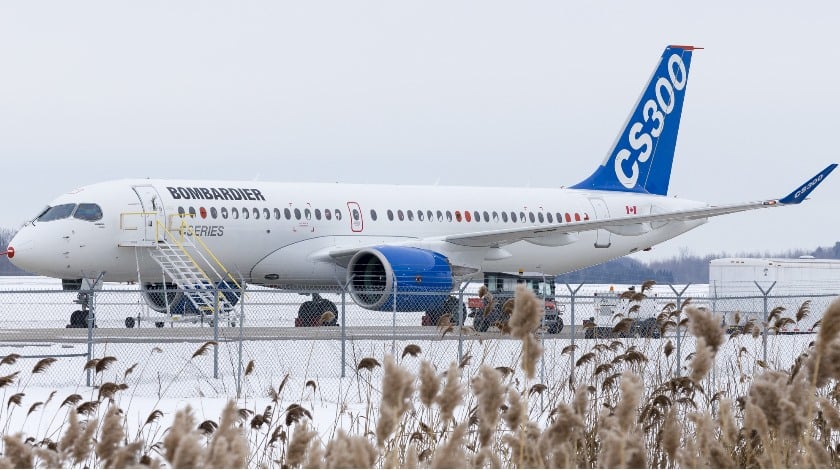 Egypt Air has confirmed it will buy 12 CS300 aircraft from Bombardier and reserved the right to buy an additional 12 on the same terms at a later date.

The commitment was originally announced as an understanding between the North African carrier and Bombardier at the Dubai Airshow. The agreement was widely viewed as a major lifeline for Bombardier. The struggling Canadian aircraft manufacturer was hit by a US Department Justice ruling against the export of C-Series aircraft last year.

Days later, it sold half of the C-Series programme, which hadn’t sold an aircraft in 18 months until the Egypt Air order, to Airbus. Egypt Air’s CEO has expressed confidence in the aircraft, and is looking to the incoming aircraft as a replacement for regional division Egypt Air Express’ ageing Embraer fleet.

“The CS300’s unique profitability profile will allow us to open up new opportunities and fits perfectly into our growth strategy,” said Safwat Musallam, Chairman and CEO, EgyptAir.” We look forward to integrate this innovative and efficient aircraft to our fleet.”

Based on the list price of the CS300 airliner, the firm-order contract would be valued at approximately $1.1 billion. Should EgyptAir exercise the 12 purchase rights for CS300 aircraft, the contract value would increase to nearly $2.2 billion.