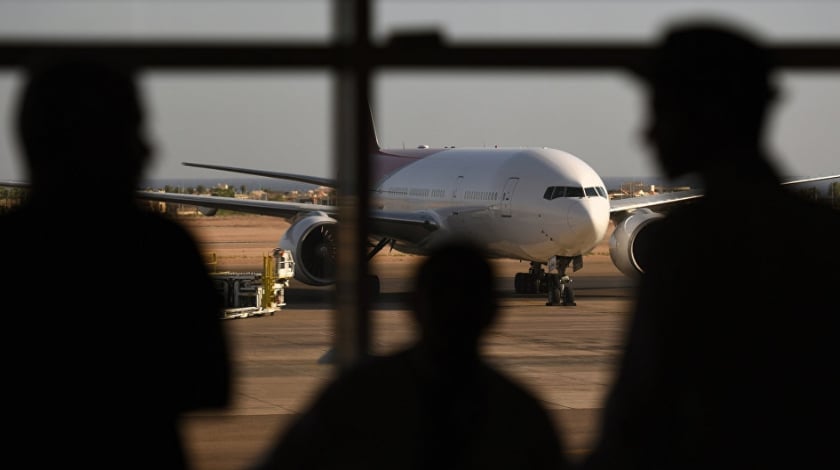 Russia suspended air service with Egypt following the crash of a Russian A321 passenger jet in Sinai.

Air flights between Egypt and Russia may be resumed in October already, Egypt’s Al-Masry Al-Youm said on Sunday referring to high-ranking officials at the Egyptian civil aviation authority.

“The parties have agreed to resume step by step the aviation communication in October,” the sources said.

The civil aviation ministry said “at first will be resumed the flights between Moscow and Cairo, which will be served at the second, new, terminal of the airport in the Egyptian capital city. The test opening of the new terminal is due on Sep. 28. Later on, we may resume flights between Moscow and resort Sharm el Sheikh and Hurgada. And when this is done, the parties will proceed to discussing chartered flights.”

Russia’s Transport Minister Maxim Sokolov plans to visit Cairo on Sep. 26, where he will be received by Egypt’s President Abdel Fattah el-Sisi, the newspaper writes.

On Sep. 21, the Egyptian civil aviation ministry confirmed in its statement that a total of seven Russian aviation experts arrived at the country’s resort city of Hurghada and eight more to another Red Sea resort city of Sharm el-Sheikh with the task to assess security measures provided at the Egyptian airports. The inspection was over on Sep. 24.

Russia suspended air service with Egypt following the crash of a Russian A321 passenger jet in Sinai. The jet owned by Russia’s Kogalymavia air carrier (flight 9268) bound to St. Petersburg crashed on Oct. 31, 2015 some 30 minutes after the take-off from Egypt’s Sharm el-Sheikh. It fell down 100 kilometers south of the administrative center of North Sinai Governorate, the city of Al-Arish. The plane was carrying 217 passengers and seven crew members. There were four Ukrainian and one Belarusian national among the passengers. None survived.

In Nov. 2015, the announcement was the crash had been caused by an act of terror committed by means of a home-made explosive device with a yield of up to one kilogram of TNT. The Russian transport minister said that air service will resume after Egypt fully ensures security at airports.

Russia’s key requirements for resuming flights to Egypt are the issues of using an automated biometric control access system and multi-level luggage control at Egyptian airports, as well as issues of in-flight meals control and video surveillance along airports’ perimeter.