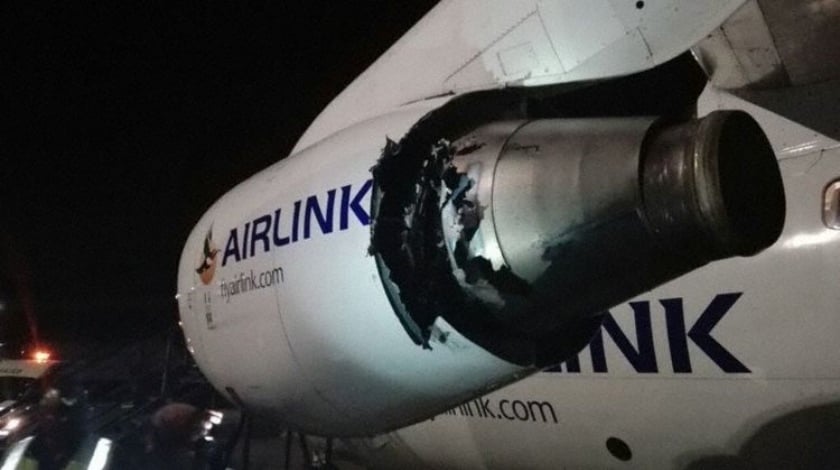 SA Airlink Avro RJ-85, performing flight from Harare to Johannesburg with 34 passengers and 4 crew, was enroute nearing the top of descent towards Johannesburg when the #2 engine suffered an uncontained failure ejecting parts of the hot section and turbine towards the #1 engine causing the engine to fail, too.

The aircraft continued to Johannesburg, was vectored for an approach to runway 21R (runways 03 were active) while other aircraft were pulled off the approaches to runways 03 and landed without further incident, vacated onto taxiway L and taxied to the apron followed by the emergency services awaiting the aircraft.

The airline reported all passengers remained uninjured and wrote: “While en route one of the four engines suffered an uncontained failure which then caused damage to its adjacent engine. Upon assessing the damage and status of the aircraft, the crew elected to continue to Johannesburg where it landed safely under the power of its remaining two engines.

At no point was the safety of the passengers or crew in jeopardy. Airlink has notified the South African Civil Aviation Authority, which will launch an investigation into the event in order to determine its likely cause. Airlink will provide whatever technical assistance is requested by the SACAA.”