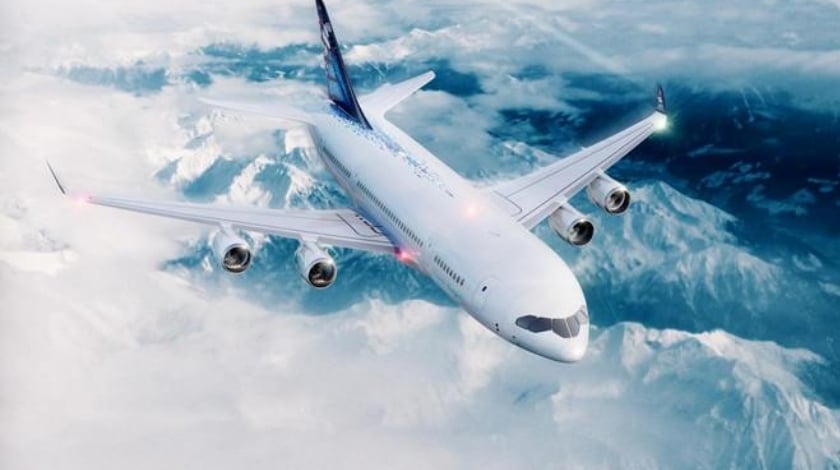 Russia’s United Engine Corporation has been approached by the developers of Frigate Ecojet project to power this perspective new-generation aircraft with four PD-14. This engine is being developed for MC-21 program.

The four-engine version of Frigate Ecojet, dubbed Freejet, has been in the works since July this year, and now its designers have started negotiations with the engine-maker, UEC-Aviadvigatel.

Frigate Ecojet’s project leader Alexander Klimov had told Russian Aviation Insider about the four-engine version in advance of Moscow MAKS-2017 airshow. He explained that his team had to revise the original concept because there were no suitable engines in the 18-23 ton thrust range on the market.

Klimov named Russian-made PD-18R and PS-90A20 his choice for the aircraft. Both engines are still in early design stages.

Although four-engine aircraft cease the market to twin-engine competitors, Klimov believes that in case of Frigate Ecojet the four-engine design will justify itself. It will allow the designers not to wait for the new engines to be developed and certified and instead go ahead with the program, also advancing towards an all-electric aircraft by transforming the excessive thrust into electricity. Each engine will supply 250 kW to generator.

Klimov, however, admits that Freejet has its shortcomings. The additional engines slightly affect the aircraft’s aerodynamics and increase its weight.

Frigate Ecojet’s main feature is the non-standard elliptical fuselage, which helps to generate lift. The widebody aircraft is expected to have performance similar to narrowbody aircraft. The same concept lies in Boeing’s new program dubbed 797, which is positioned as Middle of the Market aircraft.

Klimov revealed that Frigate Ecojet’s preliminary design is nearly complete. The designers are counting on defining the design specifications for the aircraft and outlining requirements for Freejet’s systems before the end of the year.