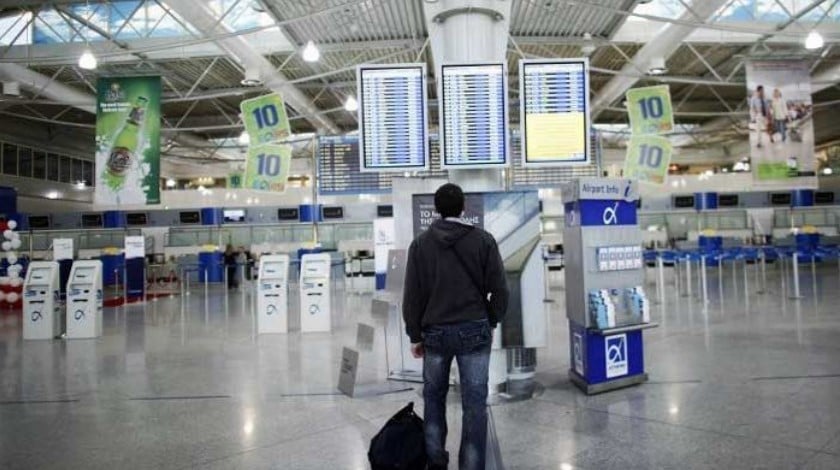 Flights in Greece were at a standstill on Thursday after air traffic controllers called a 24-hour strike over pension reforms sought by the country’s creditors.

The strike, due to end at 20:59 GMT, halted all flights into and out of the country, Athens airport said.

“Nothing is moving today,” its press office said.

The strike is also being followed in government offices, schools and hospitals, in a protest organised by the civil service union Adedy.

Greece’s creditors are calling for an overhaul to pensions and tax in exchange for the lifeline they threw to the debt-crippled country last July.

The government of Alexis Tsipras plans to lower the maximum pension to 2,300 euros ($2,500) from 2,700 euros, and introduce a new minimum guaranteed basic pension of 384 euros.

The government resumed talks on Monday with the European Union, the European Stability Mechanism, the European Central Bank and International Monetary Fund on the next phase of of savings due under the bailout, worth 86 billion euros ($98 billion).

Ryanair has grounded at least 90 flights to and from Greece in addition to six yesterday.

EasyJet has also cancelled flights as a result of the nationwide strike.

“We are doing everything possible to minimise the impact of the strike on our customers, and have taken the decision to proactively cancel a number of flights, allowing customers to re-organise their journeys,” the airline said.

British Airways warned that flights to and from Greece today will face “severe disruption”.

BA said: “As a result of the industrial action we have been forced to reduce our flight schedules.

“We will be using larger aircraft throughout Friday when the airspace has fully reopened to help affected customers and are doing all we can to reduce any disruption.”

Aegean Airlines and Olympic Air had to re-schedule a number of flights yesterday but most of today’s services have been cancelled.

Only flights to Larnaca in Cyprus are due to operate as originally scheduled, including a London service.