Guinness Record: World’s Biggest Engine Given the Title of Most Powerful 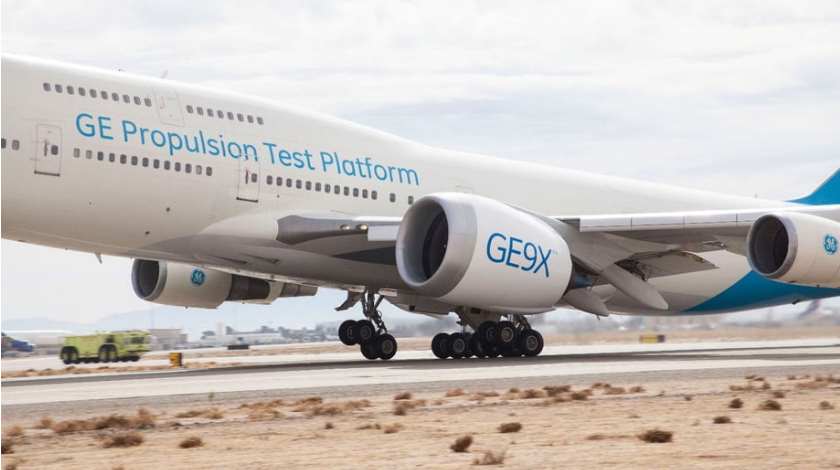 A new GUINNESS WORLD RECORD. The record-breaking Boeing 777X aircraft will be powered by the most powerful commercial aircraft jet engine in the world, GE9X.

GE Aviation has broken its own record again. Until now, this record (title for the thrust) was held by GE’s GE90-11B engine of 127,900 pounds set in 2002. In 2017, the GE9X proved that it is capable to do more. 134,300 pounds of thrust was produced during an engineering test at GE’s outdoor test facility in Peebles, Ohio.

The 188,000 pounds of thrust was produced by the Soyuz rocket that helped Yuri Gagarin to become the first human to orbit the Earth. Meanwhile, the engine, the width of which equals to the entire Boeing 737 body width, managed to reach 134,300 pounds.  Almost a rocket in the field of commercial aviation.

The engine was not projected to break this record. David Joyce, president and chief executive officer of GE Aviation, revealed that this achievement is “a testament to our [GE Aviation] talented employees and partners who design and build outstanding products for our customers.”

A bit More for Curious Eyes

This engine, which was officially unveiled at Paris Air Show 2019 this June, has already compiled an impressive list of superlatives which could accompany its name. The biggest, the most powerful, quietest, with lowest emissions, most fuel-efficient. For the engine which has not even entered commercial service yet, it is a great achievement.

Although the GE9X is the biggest, it is not the heaviest, though. The lighter an engine is, the better performance it offers.

Using lighter carbon fiber composites, involving six 3D-printed components and cutting the number of fan blades from 22 to 16 (as well as reducing their weight), the GE9X is a relatively light engine.

Also, the size of the engine is related to efficiency and noise. The larger the fan is the more air with less energy it draws. Why do larger fans contribute to the engine producing less noise? Because the airflow is distributed over the greater area. There we have the GE9X as the quietest engine.

As for now, the engine has received over 700 orders from such customers as ANA, British Airways, Cathay Pacific, Emirates, Etihad, Lufthansa, Singapore Airlines and Qatar Airlines.