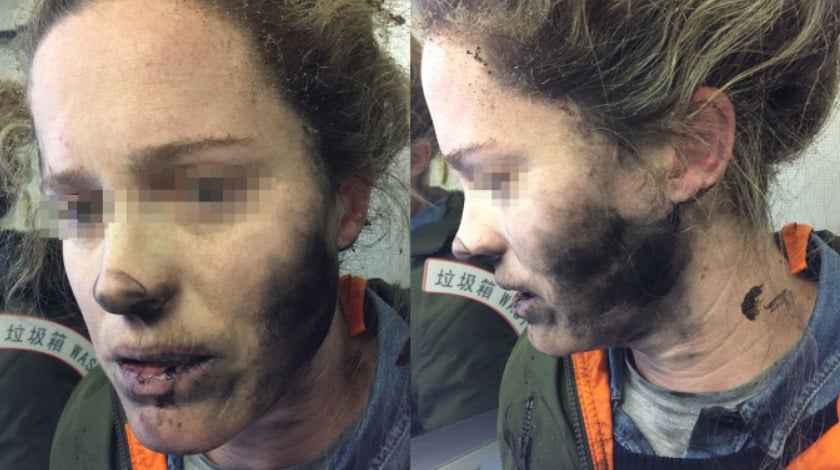 The Australian Transport Safety Bureau (ATSB) issued a passenger warning notice today related to a recent incident on board involving a battery explosion.

On a flight between Beijing and Melbourne, a woman was wearing noise-canceling headphones while sleeping. After two hours of flight, she woke up in pain.

“As I went to turn around I felt burning on my face,” she said according to a statement published Tuesday by the ATSB. “I just grabbed my face which caused the headphones to go around my neck.”

“I continued to feel burning so I grabbed them off and threw them on the floor. They were sparking and had small amounts of fire.”

“As I went to stamp my foot on them the flight attendants were already there with a bucket of water to pour on them. They put them into the bucket at the rear of the plane.” By the time the flight arrived, the headphone battery and cover were both melted and stuck to the floor of the aircraft.

“People were coughing and choking the entire way home,” said the woman referring to the smell of burned plastic in the aircraft.

Until now, the personal information of the passenger of that flight, as well as details on the airline in which the incident took place are still unknown.