How And Why Airlines Sell You Tickets That Do Not Exist? 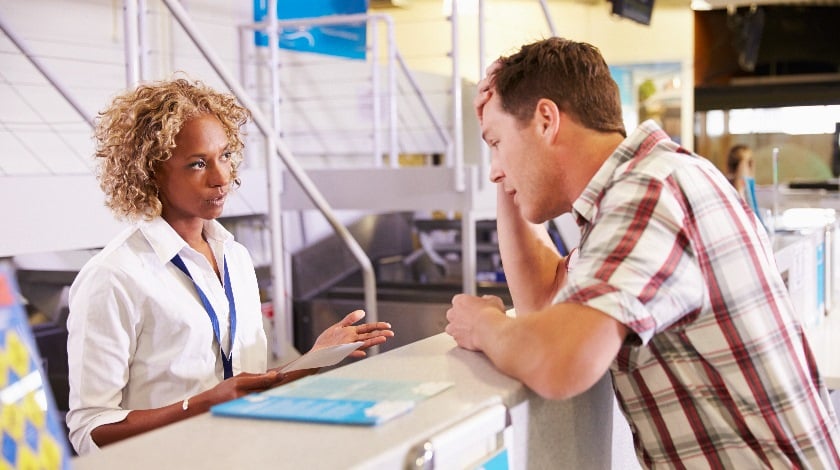 According to ABC News, in 2016, 46 000 US travelers were bumped from flights. In Britain, even more, 50 000 passengers were asked to leave the plane the same year. Many airlines worldwide deliberately overbook their flights for economic reasons ruining thousands vacation and business plans. Airlines do everything to maximize profit by selling extra tickets and seemingly nothing to help those suffering the inconveniences caused by the overbooking.

“By using algorithms, companies predict the figure of no-shows per route and then sell numbers of not existing tickets. This might earn money, but also shut the door in front of travelers with tickets. According to the EU analysis, the chance of all passengers with a valid ticket checking in on time is statistically less than 1 in 10 000. Yet every year there are 900 million people travelling through European airports, which means that 90 thousand passengers have their family or business plans disrupted because of some algorithm,” explains Marius Stonkus, CEO of SKYCOP.

However, some plans are carefully arranged and travelers with strict schedule are ready to protest against airlines acting on their own interest. When Dr. David Dao was brutally dragged off “United Airlines” flight against his will, violent flight officers’ actions soon caught wide media attention. Back in April Dr. Dao suffered from a concussion, a broken nose and damaged teeth. Such behavior with the unlucky clients is hard to comprehend and makes the issue ever-present.

“Current violent behavior and practices are intolerable. As a service provider, airline must explain their rights to passengers. Travelers have to leave flights because of airline’s failure, however are left standing without explanation and guidance. Instead of paying out compensations, airlines find ways to lure shocked passengers with gift vouchers and irrelevant flight tickets, when in reality, only UK airlines should be paying out €17 million in compensations for overbooking every year,” explains M. Stonkus.

According to EU 261/2004 regulation, when rejected at the gate due to overbooking passengers are entitled to the compensation ranging from €250 to €600. And if the airline has no intention of covering moral as well as physical damage with a proper compensation, passengers can and must decline to leave the plane, explains M. Stonkus.

“If there is no compensation offered whatsoever, travelers have a full right to hold to their seats as long as they wish. Under EU law, in addition to the entitled compensation, airline must let you choose between two options: an alternative flight or a refund. When choosing a rerouted flight, it is up to you whether to fly as soon as possible, or at a later date that suits you. If you want to fly as soon as possible, airline must provide care and assistance while waiting for the flight. This means food, drink, communications and accommodation, if you stay overnight,” summarizes the CEO of global platform www.skycop.com.