How Close Can a Plane Fly to Another Aircraft? 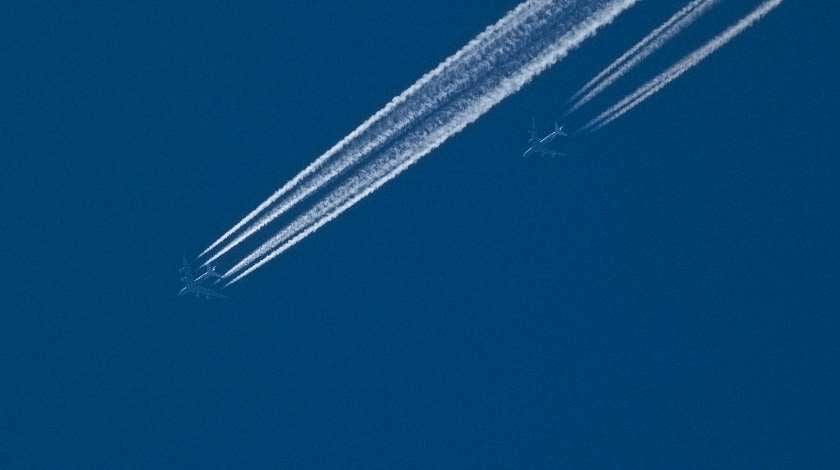 If you are a frequent traveller who enjoys a window seat, you might have noticed other aircraft while in air. Flying in the crowded skies over Europe or North America, it is quite common to see other aircraft whizzing past, either above or below. Have you ever wondered how close to each other can aircraft fly?

The distance between two flying commercial aircraft may vary at different flight phases and at a different altitude ─ during a takeoff and landing or at cruise altitude. This vertical and horizontal aircraft separation is under control of the specific aviation regulations and may vary in different regions.

There are well-established rules to dictate the space that must exist between two aircraft at all times. What is the distance for flying aircraft set by the regulations?

Commercial aircraft flying below 29,000 feet must maintain a vertical separation of 1,000 feet. Any higher and the separation increases to 2,000 feet, except in airspace where Reduced Vertical Separation Minimum (RVSM) applies.

When an airplane is departing, Air Traffic Controllers can place aircraft much closer to each other than they do at cruise altitude. Thus, in the terminal area airspace, horizontal separation decreases to three nautical miles.

The short distance separating two jets feels very close to most passengers and enables aviation geeks on the ground to take some spectacular photos!