How ROI Turns Into Lost Profit for Aircraft Investors 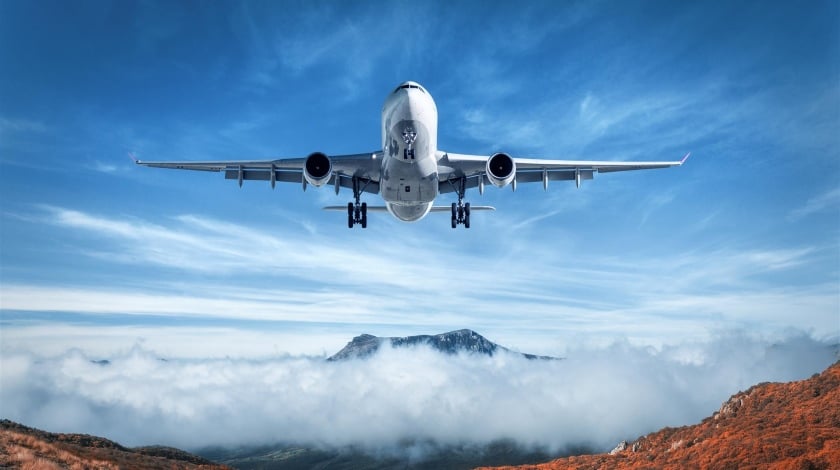 2019 kicked off with a $1bn investment of a US private equity giant KKR into the passenger and freight aircraft leasing business.

The deal reflects the ever-growing interest of investment entities towards commercial aviation which is expected to generate $35.5bn of profits for aircraft lessees, the airlines, alone. But with an almost decade-long queue for new aircraft deliveries and general volatility of the airline business, each aircraft investor inevitably faces the challenges of the secondary market: reckless retrofitting, remarketing and airworthiness management that can make an asset with a substantial value worth nothing.

“Pick any world region and you will find either a Boeing 737 or an Airbus A320 family aircraft operated in majority of the airlines.

These are the workhorses of the industry with the right capacity and fuel consumption for the majority of airline business models. Thus, for leasing companies and investors these are the prime points of interest. Particularly the freshly built ones, since they usually don’t imply any substantial maintenance costs during the first lease cycle, have fewer risks in terms of residual values and returns,” explains the Chief Technical Officer at a European leasing company AviaAM Leasing, Romualdas Legetavicius.

But receiving a newly-built aircraft is no easy task. Manufacturers have a backlog of almost 15,000 to-be-delivered aircraft, and even if, for some reason, everyone stopped ordering new airplanes, the OEMs would still have 9-10 years of work.

“Considering the fact that China is to outrun the US as the world’s largest air travel market in 5-10 years – that’s just 1-2 typical lease cycles, – Asian investors are increasingly interested in the aviation industry and heavily invest into own aircraft leasing branches or joint ventures with existing leasing firms.

Furthermore, even if you do get a newly built plane this year, you still have to deal with the aircraft’s remarketing once the first lease ends in 7-10 years. And that’s the point where some investors are being misled by thinking they have plenty of time to figure out the asset’s remarketing options.

There are risks that the lessee will return the aircraft before the end of the lease due to financial difficulties, therefore the lessor should monitor opportunities and alternative options on the secondary market each year,” says the aviation executive.

IATA expects world airlines will earn $35.5bn in 2019, up by almost 10% (2018). The overall demand for air travel is also on the rise – it is forecasted to reach 4.56 billion in passenger numbers. But as any airline CEO would say, the market is exposed to far too many economic and geopolitical risks for any airline to have a bullet proof long-term fleet strategy. This is particularly accurate for second-tier (regional, leisure and start-up) carriers which avoid leasing newly-built airplanes, as they usually come with long-term operational benefits but are quite intense in terms of monthly payments.

But for lessors and investors who are not focused solely on the primary aircraft market, this is a clear opportunity. 10+ years old aircraft are easier to find and require less intense capital investment than buying an aircraft straight from the factory.

However, the secondary market has its own ‘but’ – a potential investor cannot afford itself being a mere financial organization. It has to be an asset developer. The aircraft owner has to foresee redelivery and remarketing options before the aircraft is even leased, audit the aircraft’s condition during the lease, as well as monitor its eligibility for the next lease and reconfiguration according to the new operator/lessee requirements.

One year in advance before the end of the lease, the lessor needs not only to find a new lessee and research its needs, but also order reconfiguration kits from the OEM. The latter is particularly exposed to risks: considering that manufacturers’ lead time is getting longer every year, and not forgetting the seasonal factor in the maintenance industry, the main challenge is to implement the aircraft reconfiguration project with minimal downtime – a project which requires deep competence in terms of the scope of the work and time management.

“Understandably, due to technical and legal complexity of the issue, many investors avoid dealing with aircraft on the secondary market or those which are stored, for example, due to the owner’s insolvency.

Some assets may also be parked if their operator goes default, but for an asset developing investor this is an opportunity to get an aircraft with a market price discount, invest into the aircraft’s resource and airworthiness restoration, and reintroduce it to the market,” explains Romualdas Legetavicius.

According to the expert, in case the operator becomes insolvent, the owner has to send a team of competent specialists to the actual location of the aircraft in order to determine its condition and arrange the necessary work to restore the aircraft’s airworthiness. The team also takes over all the technical documentation from the current operator and works closely with aviation authorities to obtain necessary permits for ferry flights, as well as aircraft re-registration and airworthiness restoration for operations in another jurisdiction. Such circumstances require prompt reaction from the owner as every single day burns dozens of thousands of dollars in downtime. In case if the team’s dispatch is delayed, it may also complicate and prolong the paperwork related to legal and technical processes.

Luckily, the majority of lessees don’t have any major financial issues, but there might be difficulties with the aircraft redelivery, since it is a very time-consuming and resource-intensive process that also requires close and well-coordinated cooperation with the aircraft’s owner and, potentially, its manufacturer. Amongst other, the airline has to restore the aircraft’s technical resources according to redelivery conditions. Unfortunately, in some cases maintenance works are not documented properly. Thus, if the aircraft’s owner doesn’t maintain firm control over its assets’ maintenance, the aircraft’s airworthiness restoration can take up to 12 months and $2-3mln in unscheduled maintenance works and lost profit.

“As once stated by the aircraft leasing patriarch Steven Udvar-Hazy, many investors join the aircraft leasing industry with impressive financial resources, but with little understanding of how to handle the asset after its initial lease cycle. In other words, even despite temporary downturns in the airline business, the aircraft leasing market always have a room for new investments – subject they understand what they are investing in,” concludes the CTO of AviaAM Leasing.