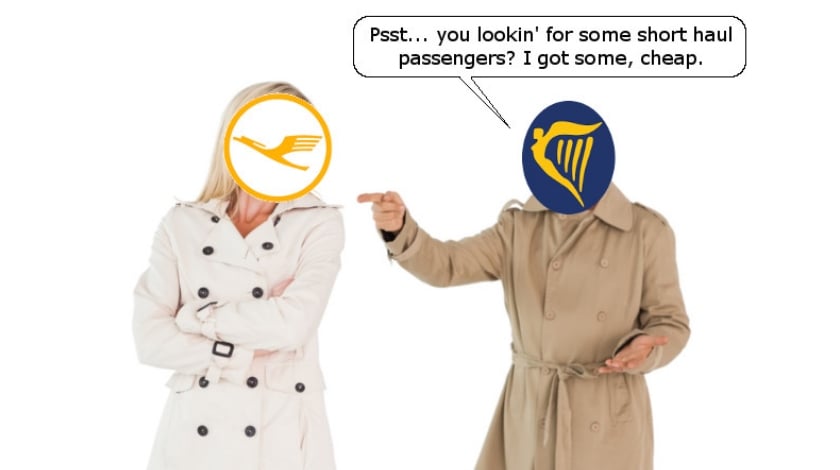 This week, the Financial Times looked at the purportedly novel idea that Ryanair and easyJet may try to cooperate with legacy carriers to transfer passengers.

This would be news for those two airlines, but it’s not a surprise. While it’s certainly not something without precedent, this plan is a little different. It’s going to be much harder to make this work.

easyJet and Ryanair are interested in bringing people to gateway cities

The article talks about how both easyJet and Ryanair are interested in bringing people to gateway cities and then transferring them to traditional long haul carriers. In other words, they’re looking for an interline agreement, but with a twist (which we’ll get into later). That these airlines are exploring this possibility is not surprising at all considering where they are in their histories.

When new airlines start, most fail in a short period of time. But when an airline finds a niche that works, it looks to grow quickly. Not only does growth help to keep unit costs lower (constantly adding new, entry level wages) but it also helps to compete with other airlines that might try to serve the same niche. During this phase of life, the goal is to just keep growing and keep costs low. It’s a beautiful thing.

Eventually, however, airlines start looking for other avenues to keep growth rates up. They start to realize that having the lowest costs won’t necessarily matter if they can increase revenue more than they increase costs. While low cost carriers traditionally don’t like the idea of partnering with other airlines because of the costs involved, the older they get, the more benefit they see.

In the US, take a look at JetBlue in New York and Boston. Look at Virgin America in San Francisco and LA. And though it’s a slightly different model, look at Alaska in Seattle and Hawaiian in Honolulu. All of these airlines share something unique. They have strong positions in major international gateways, and they can provide feed to a variety of airlines without adding too much cost. The revenue benefit is well worth it.

What’s different is that JetBlue and Virgin America focus their partnering efforts on carriers abroad. Those foreign carriers can’t fly domestically within the US, so it makes sense for them to tap into the networks of US-based airlines.

What easyJet and Ryanair are talking about is partnering with airlines in their own backyard. So instead of feeding American or United for their flights across the Pond, Ryanair and easyJet want to put people on Lufthansa, British Airways, etc.

If this sounds crazy, it probably is for several reasons:

The idea, of course, is that legacy carriers could reduce their short haul operations and farm it out to more efficient airlines. But labor would go scorched earth if that were to happen. You’ve seen them go nuts for much less, just look at every other week at Lufthansa and Air France.

You wouldn’t buy a Ryanair ticket at all. You’d buy a ticket on the big long haul airline and it would just include a flight on Ryanair with it. But if anything goes wrong that long haul airline would have to deal with it.

That arrangement seems sweet for Ryanair. The airline gets more passengers and has nothing else to worry about. But were I Air France, I don’t think I’d be too thrilled.

I tend to think the best way to structure this is how GatwickConnects has done it. That’s a fantastic way to let the airport create the business of connecting airlines that don’t work together. More airports should take that lead.