Iran Plans Negotiations With Russia On Purchase of Sukhoi Fighters 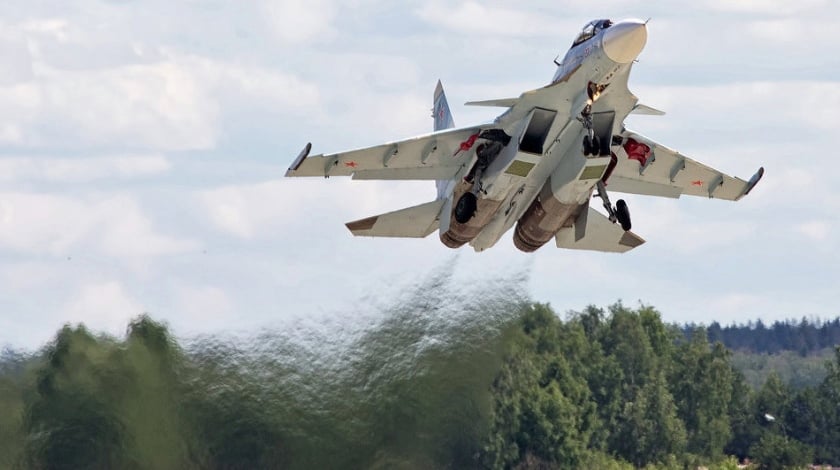 “We don’t need other long-range air defense systems, (in addition to the S-300 and Bavar-373), we no longer plan to purchase them. Therefore, the Iranian Defense Ministry’s agenda includes consultations with Russia on the purchase of Sukhoi aircraft. We need to strengthen our Air Force,” he said.

According to him, complex tests of the Bavar-373 air defense missile system will be held in the near future. “At the request of the President (of Iran Hassan Rouhani), the first test will be intercepting a ballistic missile. If the tests prove successful, the system will go into serial production, and its combat deployment will begin before the end of the year“, the minister said.

Tehran hosted an exhibition of achievements of the Iranian defense industry. The exhibition for the first time presented to the general public the Bavar 373 system, which, according to Iranian sources, is an analogue of Russia’s S-300, as well as Iran’s first national turbojet engine that has been named Owj.

Iran had signed a contract with Russia on the supply of the S-300 missile defense systems in 2007. However, its implementation was suspended after the United Nations Security Council passed on June 9, 2010 resolution 1929 which banned the transfer of any state-of-the-art weapons, including missile and missile systems, to Teheran. In April 2015, Russian President Vladimir Putin lifted the ban on supplies of S-300 systems to Iran and the contract was resumed in November 2015.

The contract will be implemented by the year end, according to Sergei Chemezov, CEO of Russia’s state corporation Rostec.