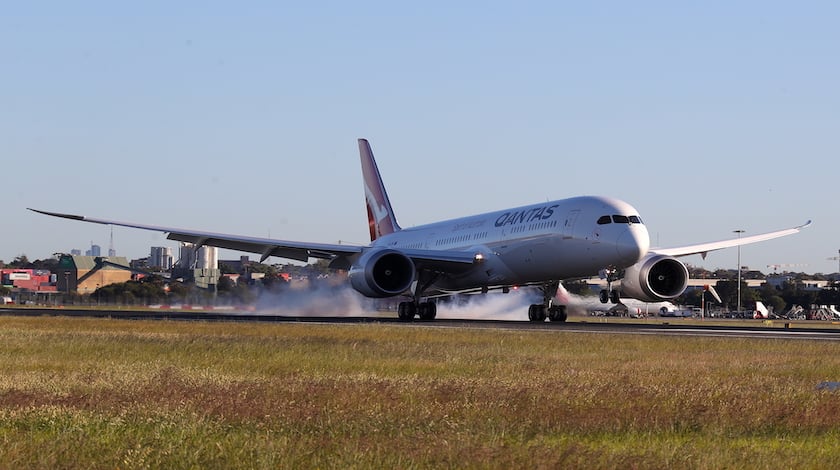 Qantas, the flag carrier of Australia, has just made another FIRST in aviation – completed the test of the longest non-stop commercial flight in the world.

It took 19 hours and 16 minutes for the Boeing 787-9 Dreamliner with a total of 49 passengers and crew to take off in New York and successfully land in Sydney without a single stop.

This flight was a part of research aimed at analysing pilots’, cabin crews’ and passengers’ experience flying such long distances and crossing so many time zones. Also, to increase health and wellness, minimise jet lag and identify optimum crew rest and work periods.

“Tests ranged from monitoring pilot brain waves, melatonin levels and alertness, through to exercise classes for passengers”, said the airline in a statement.

Due to the fact that there is no such plane capable of flying such distances with a full load, the Dreamliner took off with maximum fuel, only a few passengers, restricted baggage and no cargo.

Therefore, these are not just random tests. Qantas is determined to launch the longest commercial flights to connect different parts of the globe under the project called “Project Sunrise“.

For this reason, two more test flights are due to take place – London to Sydney in November and another New York to Sydney in December.

After the evaluation is over, the airline is expected to announced whether the flights will become the reality or not. The decision on the “Project Sunrise” should be made by the end of 2019.