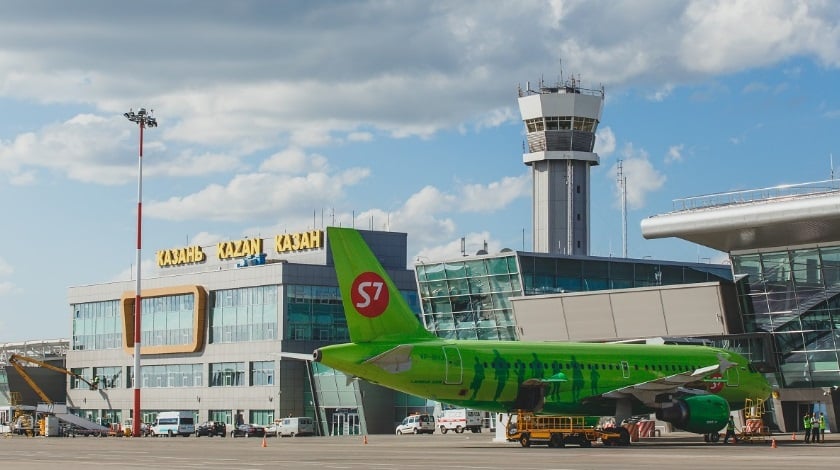 On March 14, a highly respected United Kingdom-based consultancy, Skytrax for the 4th time in the row has awarded Kazan international airport as the Best Regional Airport Russia and CIS, again is in the list of the world airport field leaders.

Awarding was held during World Airport Awards 2017 ceremony in Amsterdam. Skytrax World Airport Award is one of the most objective and prestigious awards in the World Civil Aviation, it is deemed to be “The Oscar” Award in the aviation field. The rating of the airports is formed by the virtue of the largest service level evaluation. At that, expert assessment and passengers reviews are used as a basis.

“Kazan international airport is the first and the only one airport in Russia that owns two high international level Skytrax Awards at once and has the four-time title of the “Best Regional Airport Russia and CIS” as well as 4 stars, given by Skytrax in 2015, ” emphasized Alexey Starostin.

“All these awards prove the high rating, given to the airport by the expert community and passengers that is the source of pride for Tatarstan and Russian air transportation field. It is a great honour and motivation for us to continue working on service level improvement.”

In 2016 Kazan airport significantly improved the level of services and implemented lots of additional services, that affect different categories of passengers.

The navigation was improved in the terminal. Particularly, additional signages were laid out, meeting point was re-equiped, furthermore, for citizens of China signages in Chinese were displayed in a test mode. Moreover, at the present time, the PRM specialists group is created to optimize navigation for passenger with reduced vision disability.

It is important to note, that Kazan international airport pays special attention to disabled passengers. Particularly, last year PRM group was created and all members of this group went through a training to work with handicapped individuals.

Now a wide variety of outlets, insurance services, airlines service desks and new food and beverage machines available for passengers and visitors. Children play area was created for small passengers and convenient deck chairs were placed in the departure area.

Now there are few bus stops on the landside. Electric car charging station was offered for visitors of the airport, charging stations for mobile phones were placed in terminals – all of these services are provided free and available 24 hours a day. Special cost-efficient tariffs were imposed on a secured parking for passengers of the separate flights.