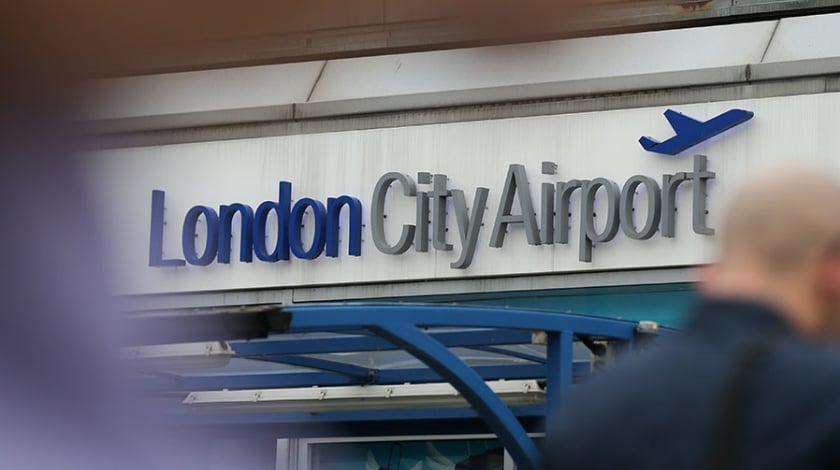 London City airport has halted all flights until further notice following the discovery of an unexploded World War II-era ordnance in the nearby river Thames.

Officials from the Metropolitan Police are working closely with the Royal Navy to safely remove the bomb that was located near the airport’s runway. An exclusion zone around George V dock in east London has been erected, which engineers are utilising to remove and dispose of the ordinance.

“Following the discovery of a world war two ordnance in King George V Dock as part of planned development works, a 214-metre exclusion zone has been implemented as a precaution by the Met police. As a result, London City airport is currently closed,” a spokesperson for the airport said.

“All passengers due to travel from London City on Monday are advised to contact their airline for further information. Passengers are advised not to travel to the airport until further notice.

“The airport is cooperating fully with the Met police, Royal Navy and [the] London borough of Newham.”

London City Airport is an international airport located in the Newham Borough of East London. The area was heavily industrial and highly populated during WWII. The Royal Docks, where the runways are now located, was a main entry point on the Thames River for goods and commerce.

The airport, which is much smaller than London’s Heathrow Airport, caters to business travelers heading to destinations in the UK, Europe and the United States.