New Russian MS-21 Passenger Airliner to Be Showcased in Siberia 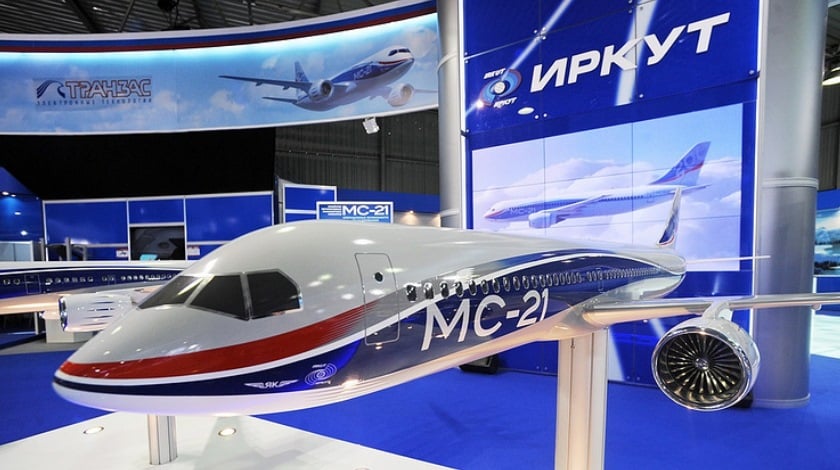 Russia’s newest MS-21 short and medium-haul passenger plane is to be showcased at the plant of the Irkut Corporation today in the city of Irkutsk, in Russia’s Siberia.

The Irkut Corporation, which designed the new airliner, is part of the United Aircraft Corporation.

Russia’s Prime Minister Dmitry Medvedev has been invited to attend the ceremony.

The organizers of the presentation do not unveil all the details. It is still unclear whether this will be a roll-out ceremony, or if they will show the aircraft without turning on the electronic systems.

The Irkut MS-21 is a series of twin-engine short-range and mid-range Russian jet airliners set to replace Soviet Tu-134 and Tu-154 aircraft and its Western analogues.

The first MS-21 plane is planned to take off this year.

Serial production of airliners is planned to start after 2020.

Currently, Irkut has 286 orders for the MS-21 aircraft. Of this number, final contracts were signed for the delivery of 175 aircraft while contracts for another 110 aircraft are preliminary agreements. Among potential foreign customers are the airlines of Tanzania, Iran, Indonesia and Saudi Arabia.