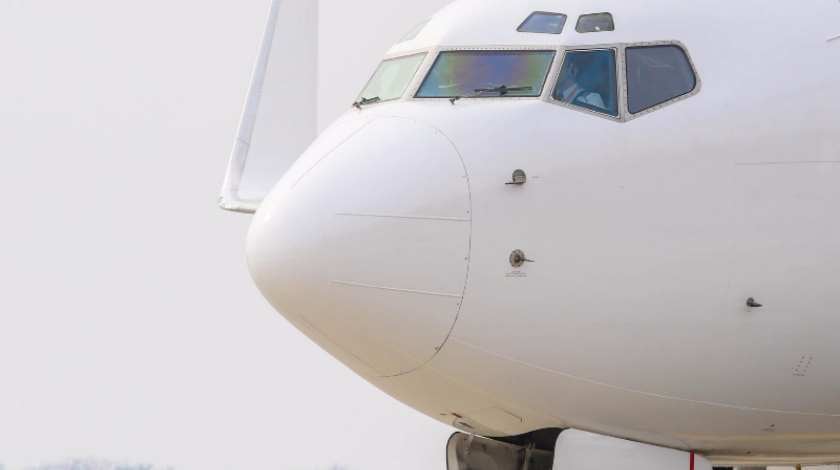 Boeing 737 MAX crisis has already turned into a global problem resulting in lost revenues, disruptions in air travel as well as growing lack of trust in aviation safety in general.

There are a lot of angles to monitor this situation from. From the Boeing company’s perspective, these are enormous efforts to return grounded aircraft to service, ensure quality and safety as well as regain lost trust in its product as soon as possible.

All the financial issues behind the crisis are not even considered. Just to remind, last month the manufacturer reported a $3.7 billion adjusted loss in the second quarter. This appears to be the major quarter loss in the company’s history heavily impacted by the 737 MAX issues.

The flying public, in turn, is raising concerns over the safety of air travel. Although the number of passengers is growing simultaneously with the demand, fears following two fatal Boeing 737 MAX crashes remain on the surface. Even though it is a well-know fact that now flying as a mode transport is safer than it has ever been proved by reliable statistical data and once again confirmed by the IATA.

Airlines as the Most Impacted Party

Among the most troubled parties are Boeing 737 MAX operators who have this type already in their fleet or still on order. Wondering why? Let’s arrange things in a logical sequence.

Firstly, each airline is striving to have young, fuel-efficient and safe aircraft in their fleet. For this reason, a lot of operators of older Boeing 737 variants, or even airlines which were not operating Boeing planes before, made great efforts in order to phase out older planes to change them with promising Boeing 737 MAX aircraft.

Secondly, Boeing and airlines or aircraft leasing companies had the schedules of aircraft deliveries arranged in advance taking into account all the details (seasons, passenger traffic, demand, etc.).

Finally, airlines plan their schedules long time before the flights come. Thus, before global grounding of the 737 MAX aircraft, these planes were already incorporated in schedules and expected to fly their routes contributing to growing airlines’ revenue.

What Do We Have Now?

For example, American Airlines, Southwest and United together have 72 Boeing 737 MAX aircraft in their fleets. Since the middle of March all three airlines cancelled over 30,000 flights amid the lack of aircraft to perform flights. Millions of passengers had to rearrange their plans and billions of dollars were simply lost.

Norwegian could be taken as another example of dealing with a problem. The carrier has grounded 18 Boeing 737 MAX aircraft which comprised over 10% of the total airline’s fleet. It was determined to use its MAX aircraft to connect Ireland with the US on two routes. After the safety problems hit the aircraft, Norwegian was forced to utilize one Boeing 787 plane to basically cover two 737 MAX aircraft. Inconveniences both for the airline and passengers.

Together with grounded MAX planes and not arriving new ones, airlines are also facing the phenomenon of overstaffing. This problem refers, for example, to Ryanair, which amid grounding and delays in deliveries (Ryanair has 200 Boeing 737 MAX on order) has too many pilots and cabin crew and is forced to close some of its bases.

There are also airlines that are cooperating with other carriers. For instance, Air Canada, which hired Qatar Airways to carry its passengers between Canada and Europe.

Not less damaging delays in deliveries or grounding is/were for start-up or very small airlines which have highly depended on the new MAX aircraft.

Imagine, if you are a newly-baked airline which has just commenced operations, launched campaigns to attract passengers, successfully sold out all the tickets and wait for a new Boeing 737 MAX plane which is due to arrive next week. And here comes the fatal crash which suspends all deliveries and you are left with nothing.

Of course, there is no business which relies only on one plan to follow. Each strategic plan considers force majeure situations, however, the problem is huge and difficult to handle quickly and efficiently.

When New Aircraft Issues Lead Back to Old and Used Types

Some airlines, in turn, are going old again. In order to substitute for the capacity gap formed by the 737 MAX grounding, airlines are “going vintage” with older variants of Boeing 737 aircraft. This fact is also confirmed by aircraft leasing companies which are simply running out of available Boeing aircraft. No doubts, this is extremely beneficial to the leasing companies which are doing great business.

On the biggest demand are Boeing 737-800s. Future MAX operators, which were leasing Boeing 737-800 before the grounding, are actively extending their contracts to secure operations and safely wait for the MAX to re-enter service.

As Boeing 737-800 resources are near to reach their limit, some airlines are also turning back to even older aircraft, for example, Boeing 737-200.

Notably, the first 737-200 was delivered in 1967. However, in some cases situation seems to be impossible to deal with, thus, airlines are lessening their demands and pick all the options the market is able to offer.

The date of Boeing 737 MAX return to service is uncertain. Boeing hopes it will happen in the Q4 of the 2019. But will it really happen?