Pilot Refuses To Fly Due To An ISIS Related Wifi Name 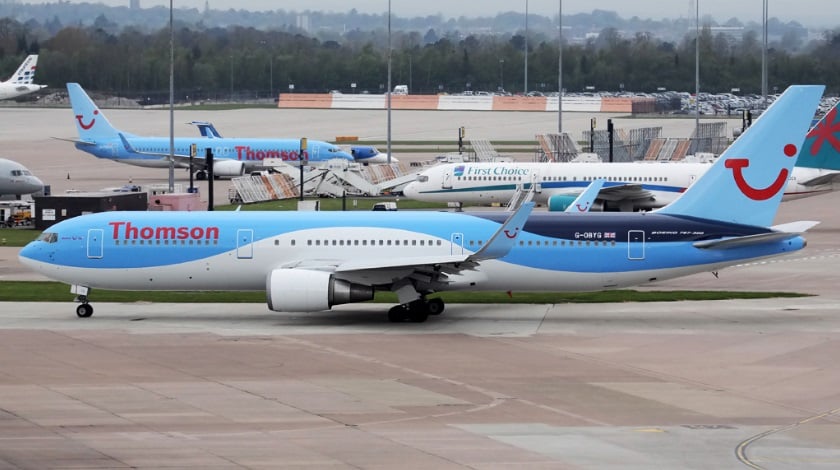 A pilot refused to fly a plane after a tourist spotted someone’s shocking WiFi name. The incident took place as passengers were preparing to take-off from Cancun, Mexico, to the UK on a Thomson flight. As one male tourist boarded, he noticed that someone had named their WiFi: ‘Jihadist Cell London 1’. This came just hours after the Manchester Arena attack.

He informed the cabin crew immediately, and they began a probe. No one admitted to the name, so the police were called.

The plane was delayed for two hours while police inspected the passengers’ electronics. Sniffer dogs and armed police boarded the aircraft in an attempt to find the person behind the WiFi name and to check for any suspicious items.

According to the Sun, some passengers began crying and demanded to be removed from the plane.The man who raised the alarm told The Sun:

“As I sat in my seat, I noticed one of the options for WiFi connection on my phone relating to being a jihadist. I accosted a member of cabin crew, who took my phone up to the cockpit. I was moved to the front of the plane but by this time whispers were spreading through the plane about it.”

Initially, the pilot told passengers that the plane would be delayed by 40 minutes as a result of ‘lax ground staff’ but then admitted the real reason behind the issue.

“Soon the pilot confessed what the problem was and people were very uneasy. There were a lot of women in tears because of what we knew had happened earlier in Manchester,” the passenger explained.

“The Mexican security services were brought on to investigate but by then the WiFi hotspot name had been deleted. It took an hour to check devices and there was no food or water for passengers.

“Outside the plane we could see sniffer dogs and armed police circling the aircraft. It was scary.”

“No-one coughed up to being the culprit and security couldn’t identify who was to blame, so there is a great sense of unease. It was terrifying coming on the same day as the horrifying Manchester attacks.”

No one admitted to being behind the WiFi name, despite several pleas from the pilot.

The pilot said: “Someone has something on their phone which had an extremely subversive title to it – Jihadists Cell London 1 – and obviously we have to take this kind of thing very, very seriously.

“Someone has managed to do this on a hot point and it is a security issue and I’m sure you’ll understand I’m not prepared to depart with something like this on the aircraft.”

“The first thing I’m going to say is that if someone on this plane has that on their phone for a laugh, it would be very advantageous to you to come forward and talk to one of the cabin crew and you could save yourself a lot of time.

“Whatever, this is utterly unacceptable. Our security people are looking into this.”

Security officials couldn’t find the person behind the WiFi name. As a result, the flight was cancelled and all the passengers were sent to a hotel overnight.