Pilots, Leap Into Action – Airlines are Looking for You 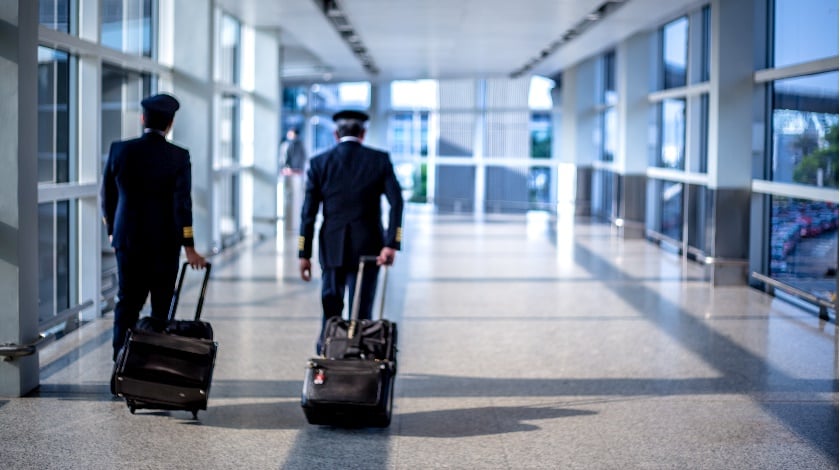 After coping with terrorism, bankruptcies and consolidation, the largest airlines of the world are facing a new problem: a looming worldwide pilot shortage.

The recent boom in air travel has created an urgent demand for new aircraft and additional flights as well as new routes all over the world which, in turn, have served the reason for a massive expansion of low-cost airlines. However, such a dramatic growth seems to seriously challenge its key players because currently more and more unfilled vacancies within the aviation sector are springing up.

Era of the Major Recruitment Drive in Aviation

Together with growing economies, airlines’ fleet numbers are expanding as never before. This consequently leads to the lack of people able to operate these aeroplanes. Nevertheless, the huge numbers predicted by the most influential manufacturing giants, Boeing and Airbus, have come as a true revelation. The companies have forecast the demand for as many as 617 000 new pilots by 2035.

Unfortunately, the need to supplement airlines with pilots as quickly as possible has led to some concerns related to the pilots’ training process.

As a measure against an increasing shortage, some flight schools have decided to take shortcuts or issue licences to pilots who have not flown the required number of hours. Therefore, Canada is already on its path to educate pilots much faster as Canadian pilots are no longer obligated to fly an aircraft or helicopter in order to maintain a valid licence. It is enough to undergo flight simulator testing only. However, a high number of aviation inspectors consider the rules changed by Ottawa to be “reckless” as it might dilute pilot-training and put the flying public at risk.

Correspondingly, while some American flight schools move towards loosening the rules, the European Aviation Safety Agency is working with airlines on a pilot training course in order to enhance pilots’ qualification. According to airlines, the present system produces pilots with licences that make them legally qualified to fly, but half of them are not good enough to carry out their duties.

Consequently, making flight schools requirements less tight seems to be not the only way to educate a huge number of pilots within the shortest period of time.

Another way to recruit more pilots is to get rid of the image of aviation as a “boys club”. Depending on the data provided by the International Society of Woman Airlines Pilots, around 97 percent of all commercial pilots are male.

Therefore, the situation itself suggests gender bias to be pushed aside. That is why recently more and more airlines are considering the idea of hiring more female pilots in order to meet the demand.

EasyJet’s head of crew training, Capt Eddie Sproul, holds the same opinion and says that the industry can ease the situation by improving pilot retention and appealing to a wider base of applicants. He believes that one of the most effective approaches is to make an aviation career more appealing to woman.

For instance, the UK’s third largest airline, Thomson Airways is actively calling on female applicants for pilot roles. Although currently the airline employs nearly 900 pilots and just 3% are woman, this is something the airline is keen to change with its latest pilot recruitment drive.

Due to the fact that the contemporary world has achieved total gender equality, this aspect should not act as a key feature determining whether a person can become a pilot or not. Depending on the general requirements, in order to qualify for a licence to operate an aeroplane a person should read, write and speak English fluently, have thousands of hours of flight time, have no criminal record or history of alcohol abuse and be free of a long list of medical conditions including colour blindness and diabetes that requires medication.

As a result, various airlines seem to be actively adopting new strategies to meet the phenomenal growth and are beginning major recruitment campaigns.

Australian airline Qantas, the third oldest airline in the world, has started its external pilot recruitment preparing for the arrival of the Boeing 787-9 in October 2017. Qantas said it has already received more than 500 applications. Although the applications are coming mainly from Australian people, some applicants from New Zealand and Europe have put their hat in the ring, too.

The airline said that the group of new hires will commence their career in Qantas as second officers on the Airbus A330 fleet which fly domestically and to Asia as well as Honolulu.

Therefore, the airline plans to hire 170 new pilots over the next three years to support growth on the back of a firm order of eight Dreamliners that was confirmed August 2015.

In order to support the carrier’s growth, the Latvian airline airBaltic plans to recruit approximately 1000 professionals over the next five years as well.

A Denver-headquartered airline Frontier plans to increase the number of operating airplanes from 63 to 72 and, hence plans to launch three partnerships with smaller regional airlines to help recruit and then hire their pilots once they reach a certain level of experience.

After those pilots advance to becoming captains, build at least 1000 hours of pilot-in-command time, meet dependability metrics and receive letters of recommendations, they are guaranteed to transition to Frontier as a first officer.

The Scandinavian low-cost airline Norwegian has stated that it is recruiting and hiring American pilots for its crew base at Fort Lauderdale-Hollywood International Airport. According to the airline’s spokesman, the carrier aims to hire a minimum of 24 crew members that will include one base captain, nine captains, five relief captains and nine first officers.

The carrier wants to ensure adequate staffing for the dozens of new Boeing Dreamliner aircraft expected to join its fleet over the next few years. Additionally, it will cover the cost of converting the US pilots’ certification from a FAA pilot certificate to a European pilot licence based on the EASA regulations.

The airline has already received about 100 applications for the pilot’s job, which will offer competitive salaries.

Due to the fact that Europe’s airline No. 1 Ryanair plans to take delivery of 50 new aircraft in the next 12 months, it has announced that it is to launch a major recruitment drive.

In Ryanair’s Chief People Officer opinion, 2017 is expected to be the busiest recruitment year to date. The airline is going to hire 1000 new pilots.

Currently Austrian Airlines is looking for 100 young male and female pilots who will be recruited in 2017. The demand for new pilots is caused by the expansion of the fleet by two Airbus A320 and a long-haul Boeing 777 jet and the retraining drive trigerred by the integration of 17 Embraer jets to replace the previous 21 Fokker planes.

The national airline of the UAE has announced it will shortly launch a pilot recruitment drive across Europe in order to join both its Airbus and Boeing fleets. This is considered to be the first major push for new pilots in two years time. Therefore, the search will be focused on posts for First Officers.

Accordingly, many regions are facing an increasing demand for pilots and other personnel to operate an aircraft. The situation seems to be considerably confusing an ordinary workflow. However, training centres together with airlines are making huge efforts in order to prevent the further pilot shortage expansion.