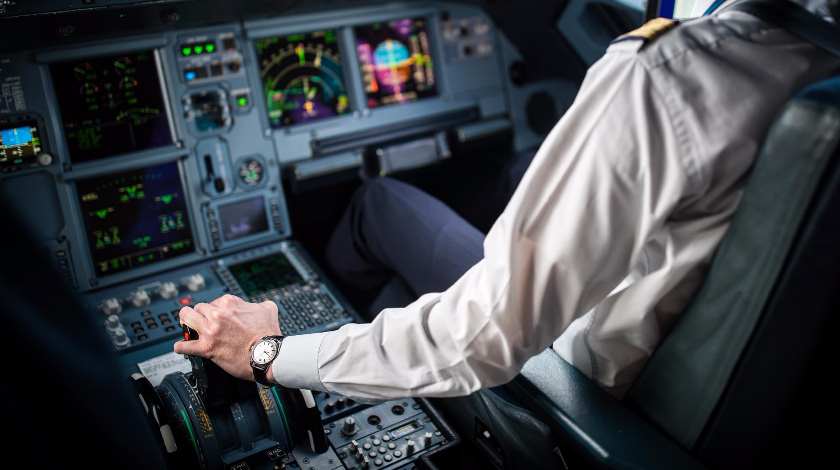 The entire aviation industry is impatiently waiting until travel restrictions are eased, borders opened and aircraft lifted from the ground for long-awaited flights.

The return would be slow and airlines’ operations would be re-launched gradually. Nevertheless, still a significant number of pilots will be required to be ready to get back to their duties immediately after aviation is given the green light to take off.

And ‘ready’ does not mean only dusting off the uniforms and polishing Ray-Ban sunglasses. First of all, ‘ready’ means that pilots need to be in an excellent professional shape with their skills brushed up.

Pilot Recency: What Does It Mean?

Aviation is among the most regulated industries and its safety standards are incredibly high. Meanwhile, pilots are among the very few professionals who must hone their skills regularly, even when actively flying without long breaks.

And what do we have now? Currently, the majority is stuck at home with no practice of flying for nearly two months already. So, it could be not that easy to cheerfully greet ladies and gentlemen on board again. Under regulations, pilots are required to maintain their recency.

It is a regulatory restriction which states that a pilot shall not operate an aircraft in commercial air transport or carry passengers as Pilot in Command (PIC) or co-pilot unless one has completed three take-offs and three landings in the preceding 90 days, (EASA).

This way, after a pilot is grounded for over 90 days period, the one will have to either fly these three take-offs and three landings in an aircraft or do it in a full flight simulator (FFS).

As long as each airline is making all the efforts to preserve cash to survive through the crisis, it is reasonable to suppose that most of the operators will choose the less expensive option – training in the FFS.

Meticulous Training Planning – the Only Tool for Smooth Return

During these unprecedented times, regulatory authorities are standing shoulder to shoulder with airlines; thus EASA has granted a four-month extension on certain pilots’ privileges meaning that pilots will be allowed to go through some of training and checks after they resume flying.

This measure should help alleviate the potential pressure placed on FFSs and possibly there would be a glut of training as well as checking over what will hopefully be the busy summer period.

Michael Ryan, Head of Training at BAA Training notes that usually airlines prefer not to have pilots and crew undergoing training over the summer if possible. It needs to be staggered over the year and mostly take place in the quieter winter period. However, now it is not the case of comfortable scheduling.

According to M. Ryan, astute management and planning will be required by airlines to effectively handle the return to service and the training requirements.

At the moment, simulators are idle and there are many vacant slots. But after the restrictions are lifted, there will be a move to book this spare capacity. Firstly, slots will be needed to renew the recency requirements, and then to return to the airlines’ recurrent training and checking program.

In M. Ryan’s opinion, training centres should be fully ready to meet pilots if the return will go the way estimated. He revealed that BAA Training, as many other training providers, is also getting prepared for the influx of recency candidates.

“It should be very cost-effective for an airline to dispatch their pilots to Vilnius, Lithuania, to complete their recency requirements, if no quarantine restrictions are made, and have them return within a day to the parent airline”, the Head of Training at the Academy points out.

But what if the industry will step aside this forecast and choose to take another turn – with less capacity, less human resources but immediate demand?

What if there is a Mass Return to Operations?

However, what if the return to operations would be a bit bigger and the four-month breathing space provided by the EASA would not be enough. Eventually, this might turn into another challenge that aviation could be met with.

“If there is a mass return to operations, it will put a strain on the FFS services. Coupled with this, will be the travel restrictions placed on the movement of people, which will not allow the crews to have access to the simulators in another country”, explains M. Ryan.

In case the intake of pilots looking for immediate training would be bigger than it is expected, it could even have a bottleneck effect on training centres.

A higher demand hitting training centres unexpectedly can cause many disruptions in handling the training process. M. Ryan says that in case of problems with FFS availability, the priority should be given to customers that have built a relationship with the FSTD department- loyalty agreement.

According to the training expert, customers should even have penalty clauses in the event that they cancel their training. The reason for this is because some airlines may place many requests with many aviation training organisations (ATO) in the hope of getting one and then block other customers.

Worth highlighting that this fierce competition for slots could also be joined by redundant pilots actively seeking employment. They will need access to simulators to maintain their licence and proficiency.

Nevertheless, it is still too early to see the clear picture of return and it is open to interpretation. The only thing is definite – airlines and training centres have to be ready for any scenario, either slower or mass return.