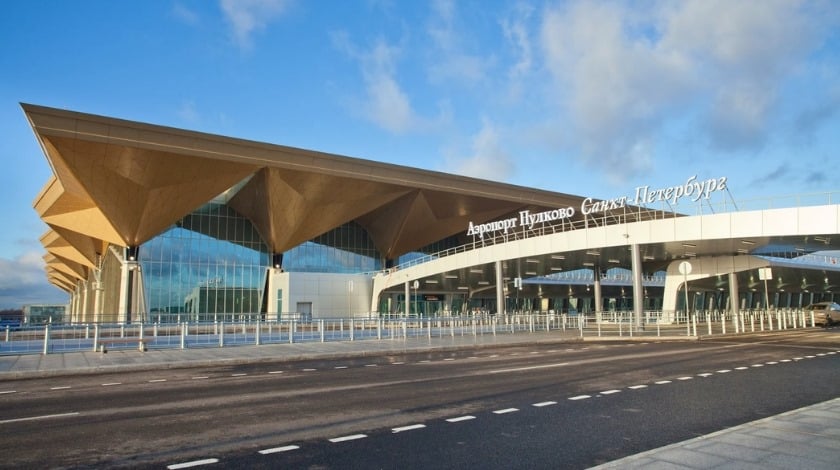 On December 28, Pulkovo Airport welcomed its 16 millionth passenger in 2017, thus marking a historic record in passenger traffic figures of St. Petersburg airport for one calendar year. The previous highest number was 14.3 million people that Pulkovo greeted in 2014.

The lucky winner of the honorary 16-millionth status was Anna Tunikova. She arrived from Berlin with Pulkovo’ s home base carrier S7 Airlines flight 3082 to visit her parents in St. Petersburg for the winter holidays.

To celebrate the long-awaited achievement, St. Petersburg airport managing company Northern Capital Gateway (NCG) prepared a pleasant surprise for all passengers of the Berlin flight. Upon arrival they were greeted in the luggage claim area with sweets and beverages, while on the luggage belt along the suitcase the passengers found branded Pulkovo gifts.

The Chief Commercial Officer of NCG Oliver Weiss congratulated Anna on behalf of the airport and presented her with Pulkovo souvenirs and a certificate to the airport’s VIP lounge. Anna also received an A320 model in S7 Airlines livery from Sergey Zhukov, the head of the carrier’s station in St. Petersburg.

S7 Airlines has significantly expanded its presence in St. Petersburg airport in 2017. Throughout the year the carrier has added 10 new destinations to the historic two routes of Moscow and Novosibirsk in its schedule from Pulkovo: they are Berlin, Bryansk, Kaluga, Kaliningrad, Yaroslavl, Verona, Turin and flights to the renowned skiing resorts Innsbruck, Salzburg and Lion starting in next two days. In the summer 2018, the airline plans to launch more new routes from St. Petersburg including such cities as Alicante, Copenhagen, Pula, Pisa, and Stockholm.

S7 Group (S7 и Globus) is in the top three airlines at Pulkovo in terms of passenger figures. For the 11 months of 2017, S7 Group handled 1.1 million passengers at the airport. In 2016, S7 Airlines for the second time won Pulkovo’s annual LED Together award as „The Fastest Growing Carrier with over 300 000+ pax”. S7 is a member of oneworld alliance.

Pulkovo Airport is located in the Russian city of St. Petersburg and ranks fourth in Russia by passenger traffic. The route network of the airport includes 151 domestic and international destinations to which 72 airlines perform scheduled service.