Report: China’s Military Capabilities Are Growing at a Shocking Speed 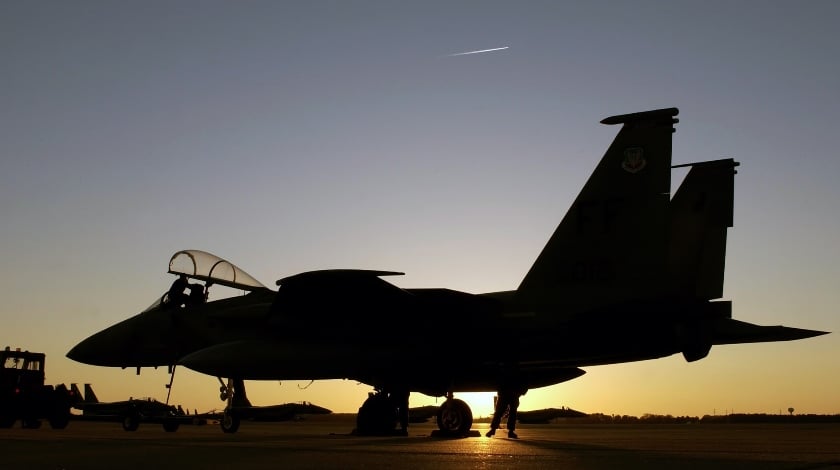 China’s military is developing ships, submarines, aircraft, intelligence systems and foreign bases in a bid to become a global military power, according to a forthcoming congressional China commission report.

The late draft of the annual report by the US-China Economic and Security Review Commission contains a chapter on Beijing’s power projection development and warns that once fully developed, the weapons and forces could contribute to a regional conflict in places like the South China and East China seas.

“China is building military capabilities to deal with hostile air, surface, and subsurface operational environments in the ‘far seas,’” the report states, noting that the operations expand the focus beyond the two island chains off China’s eastern and southern coasts.

The new military capabilities will “expand or improve the ability of the People’s Liberation Army to conduct a range of externally focused operations, to include combat insertion, island landing operations, humanitarian assistance/disaster relief operations, noncombatant evacuation operations, and peacekeeping missions,” states the report.

“Given its enhanced strategic lift capability, strengthened employment of special operations forces, increasing capabilities of surface vessels and aircraft, and more frequent and sophisticated experience operating abroad, China may also be more inclined to use force to protect its core interests,” the report says.

The final report will be released Nov. 16. A commission spokeswoman described the chapter as a late draft.

The naval expeditionary forces will also be bolstered by three types of attack submarines, including nuclear-powered, diesel electric and air-independent powered submarines. All three types were recently deployed to the Indian Ocean to support Chinese anti-piracy operations in the Gulf of Aden.

Its six nuclear-powered Type-093 submarines are being augmented by two even more advanced nuclear submarines that by 2020 will make China the third most powerful state for attack submarines, behind the United States and Russia.

New aircraft also are being added to the PLA for long-range operations. China is deploying a new Y-20 transport that is similar to the US C-17 and Beijing will co-produce a version of the Russian An-225 transport, the largest cargo aircraft in the world.

To fill out its logistics network, China’s military is building new fueling ships and will have 10 oilers by 2020.

Overseas bases will also contribute to the power projection capability, including a new military base in Djibouti, on the Horn of Africa. Civilian ports constructed by China in Sri Lanka and Pakistan also will provide for strategic power projection.

To keep tabs on threats to long-distance forces and provide them with intelligence, China is also developing global intelligence, surveillance and reconnaissance capabilities. They include long-range drone aircraft, space-based sensors, and shore-based radar and intelligence-gathering ships.

The commission suggests that China’s deployments for international peacekeeping operations – 27,000 troops were sent on UN missions over the past 15 years – will provide valuable experience for future long-range combat, as well as for internal security.

In a section on implications for the United States, the report states that the pursuit of long-distance warfare capabilities “coupled with the aggressive trends that have been displayed in both the East and South China seas, are compounding existing concerns about China’s rise among US allies and partners in the greater Asia,” the report states.

Despite the development of far seas capabilities, the Chinese war planning will remain devoted to preparing for regional conflicts with Taiwan or over maritime disputes in the South China and East China seas.

Analysts say the commission’s focus on PLA expeditionary warfare is welcome – after years of intelligence analysis that incorrectly argued China had no interest in long-range power projection.

“While the Obama Administration has been overwhelmed trying to respond to Chinese aggression growing almost daily in the Asia-Pacific region, the US China Commission is correct in its most recent annual report to highlight the future threats to US interests in the coming decades from China’s ambitions for global power projection,” said Richard Fisher, a China military analyst.

“Early in the last decade, there were many PLA analysts who derided the idea that the PLA would develop global power projection capabilities, but these have been well described by the latest US China Commission report,” said Fisher, a senior fellow at the International Assessment and Strategy Center.

“Continued American global leadership for the future will also depend on much large US investment in power projection capabilities to stay ahead of China,” Fisher added.

Among the recommendations of the commission are to fund greater Pentagon and US intelligence analysis of PLA power projection capabilities, and for the US Navy and Marine Corps to conduct more joint exercises with Japan, Philippines and Vietnam focused on countering amphibious landing operations, like those anticipated by China.

The commission also recommended that the Pentagon conduct an assessment of Chinese long-range warfare capabilities with the goal of developing “non-kinetic options for the department to pursue that counter the emerging PLA expeditionary logistics capabilities in peacetime.”

This is aimed at eroding “the effectiveness of PLA expeditionary logistics capabilities in support of Chinese offensive operations in the Indo Pacific in the future.”

Greater Chinese far seas military deployments will increase the risk of US-China naval and other confrontations. The report included a list of Chinese harassments of US Navy ships and aircraft since 2001, when a Chinese jet collided with an EP-3 spy plane.