Russia and China on Final Approach for a Major CR929 Milestone 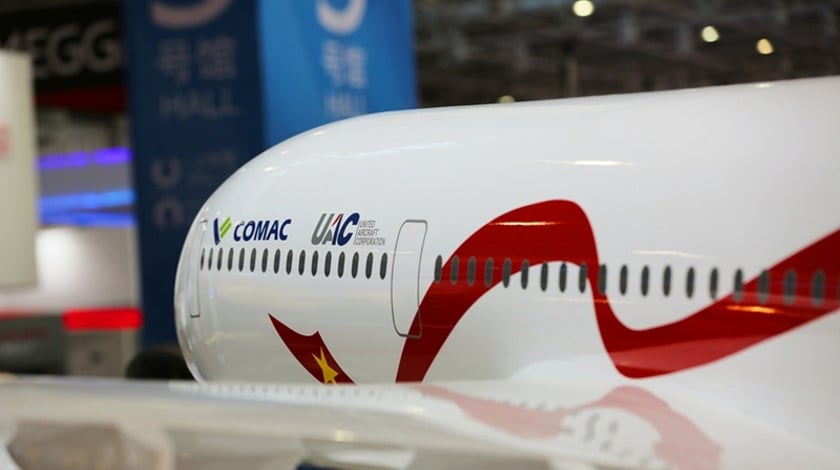 Russia and China are on final approach for a major milestone in their ambitious joint widebody passenger airliner program dubbed the CR929, by deciding on the location and the registration of an engineering centre for the project.

Apparently Russia’s United Aircraft Corporation has succeeded in convincing its Chinese partner COMAC that the research and development effort for the new program should be located in Russia.

“In September we are expecting the Chinese side to make a positive decision in terms of registering the engineering centre in Russia and entitling it as the developer of the CR929 aircraft,” Russia’s industry and trade minister Denis Manturov told Vedomosti business daily.

Registration of the engineering base will lay the foundations for defining the strategy of the CR929’s certification process.

Russian Aviation Insider‘s source in the Russian aerospace industry has revealed that the centre would be registered as a separate legal entity that, according to aviation regulations, will eventually become the holder of the type certificate for the new Sino-Russian aircraft. As a consequence, the CR929 would have to be certificated in Russia first before undertaking the validation procedures in China.

Industry insiders believe that this latest development is hardly an advantage for the future international acceptance of the CR929’s airworthiness – because without endorsements from the US Federal Aviation Administration (FAA) and the European Union Aviation Safety Agency (EASA) – sales of the CR929 are impossible in major markets outside of China and Russia.

While both the FAA and EASA currently recognise the certification competence of the Civil Aviation Administration of China (CAAC), following recent accords among those parties, American and European authorities’ acceptance of the Russian type certificate is unlikely given the state of current affairs.

In late August, the certification authorities of both countries – Russia’s Rosaviatsiya and China’s CAAC – attended a joint meeting with UAC and COMAC and agreed to create a working party for evaluating the certification strategy of the CR929 project.

The engineering centre will be a 100 per cent subsidiary of China-Russia Commercial Aircraft International Corporation (CRAIC), the joint venture between UAC and COMAC for managing the program with its headquarters in Shanghai, the future location for the aircraft’s final assembly line. Chief designer Maxim Litvinov previously explained that a satellite office of the engineering centre may be set up in Shanghai as well.

The CR929 program is currently at the conceptual design stage, which is scheduled to complete next year, along with the line-up of the first-tier suppliers.

The base version of the airliner is designed to carry 280 passengers over distances up to 12,000 km. The maiden flight is scheduled for 2023 and certification between 2025 and 2027. UAC’s president Yury Slyusar earlier indicated that the programme has already attracted 200 ‘soft’ orders.