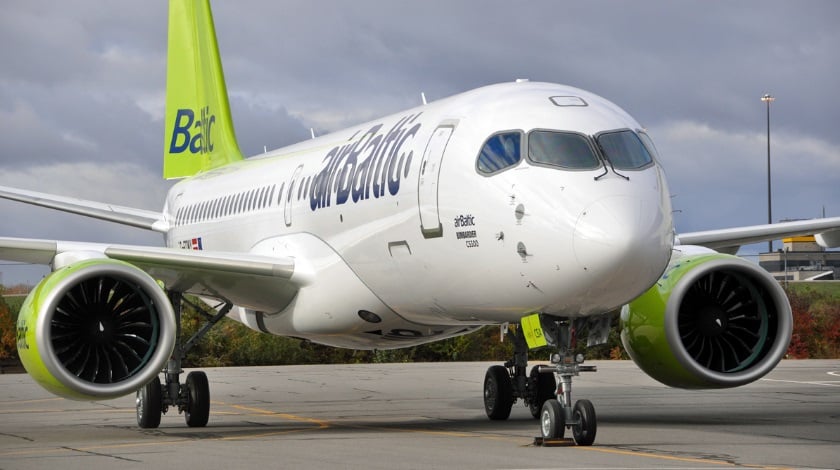 Russia in November has sent a legal assistance request to Latvia, asking to enforce more than EUR 20 million from Latvian national carrier airBaltic. This is reported by The Baltic Course with reference to the information of the Latvian agency LETA.

The claim is related with Russia’s bankrupt Investbank that belonged to Vladimir Antonov, the major shareholder in Latvijas Krajbanka that also went bankrupt. In March 2012 Investbank launched three civil cases against former airBaltic shareholder Baltijas Aviacijas Sistemas (BAS) and airBaltic as a co-defendant, requiring to repay the loan worth EUR 18.4 million, as well as interest and fine.

The Latvian Justice Ministry confirmed that such a request has been received from Russia. The ministry, however, will not comment on the contents of the requests. The ministry has asked Russia for additional information and then the ministry will send the case to the respective court for making the decision.

The State Chancellery informed LETA that the case is not directly related with the state, as it is a civil proceeding involving airBaltic airline.

Representatives of the Transport Ministry who holds shares in airBaltic also said that everyday operational issues, including possible court trials, are in the competence of the airline, and the ministry does not participate in such matters. The ministry’s state secretary Kaspars Ozolins said that the ministry has no information about the claim for more than EUR 20 million from airBaltic.

airBaltic representatives, asked to comment on the case, said that all information about the important court proceedings is included in the company’s annual report, and at this point the company may not comment on progress in these cases.

In 2016 Russian court made two decisions in favor of Investbank, enforcing EUR 2.35 million and EUR 11.16 million from airBaltic, and this year the decision is expected in the third case. airBaltic claims that any Investbank claims contradict the agreement of October 3, 2011, on further financing and management of airBaltic. The company continues to defend its interests in Russian courts.

Last year airBaltic earned EUR 1.2 million in profit, which was several times lower than in 2015 when the company’s profit was EUR 19.5 million. The airline’s turnover increased 1% to EUR 19.5 million.