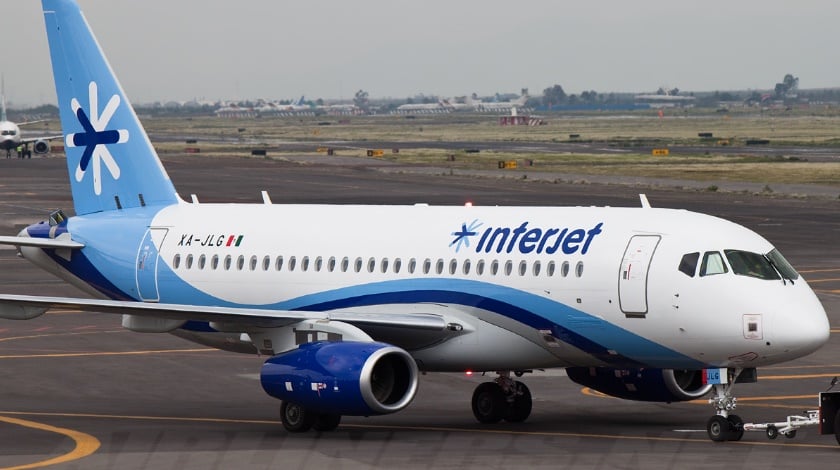 The grounding of Russia’s nearly 50-strong fleet of SSJ100s came after inspections by Rosaviatsia found metal fatigue in the tail of one SSJ100 operated by Irkutsk-based regional airline IrAero. Metal fatigue is a common problem in older airplanes, but with the entire SSJ fleet aged less than six years, the appearance in a newer SSJ model is a worrisome sign.

According to an airworthiness directive (AD) issued by the Russian Federal Air Transport Agency, airlines will be required to perform a daily check of the stabilizer bracket attachment bands prior to departure from a base airport. Additional weekly inspections of the lugs of the stabilizer upper and lower bracket attachment bands will also be required, and aircraft operation has to be terminated after the detection of a crack.

IrAero operates 4 SSJ100s in its fleet, all of which are ex-Aeroflot planes delivered originally to Russia’s flag carrier in 2011 and then subsequently operated by leisure operator Red Wings Airlines. Aeroflot is the SSJ’s largest customer overall with 30 planes in its fleet and 20 more on order, and the vast majority of the plane’s customers are Russian.

The primary Western customer of the SSJ is Mexican low cost carrier Interjet, which has 22 SSJs in its fleet with 8 more on order. The Russian grounding of the SSJ was mirrored by Interjet, which canceled numerous SSJ flights over the busy holiday weekend, and only now has begun to return its fleet to a state of relative normalcy.

According to data on Flightradar24.com, only half of Interjet’s Superjet fleet have flown a commercial flight since the AD was issued on Friday.

The AD and grounding are a mixed bag for the Russian aircraft industry, for which paradoxically the SSJ is currently the flagship product despite its size. The SSJ was the first Russian airplane in a couple of generations to gain genuine acceptance from a major airline outside of a Communist nation.