Russia Learns Stealth Warplanes Are Hard To Do 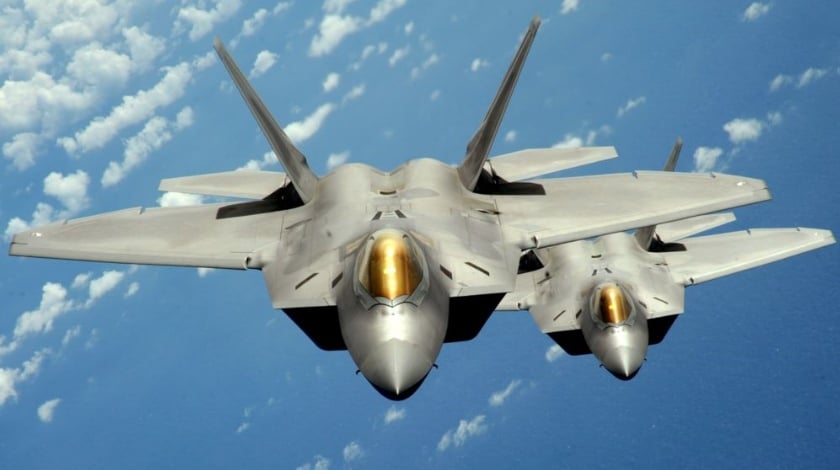 After confronting serious technical and economic difficulties, Russia has dramatically cut back its air force program to field its first radar-evading “stealth” fighter jet. By delaying large-scale acquisition of the Sukhoi T-50 fighter, the Kremlin is tacitly acknowledging a truth that the U.S. military learned decades ago — and that China might also learn in coming years: developing stealth fighters is hard.

But fortunately for the Russian Air Force, and unfortunately for Washington and its allied air arms that are Russia’s chief rivals, Moscow has a backup plan. Instead of counting on a new stealth jet to outfit its fighter squadrons, the Russian government is buying heavily upgraded versions of older planes — an approach the Pentagon has dismissed as wasteful. It could, however, help Russia maintain its aerial edge.

The T-50, like practically all stealt aircraft before it, has proved expensive to develop, although exactly how expensive remains a closely guarded secret. Radar-evading warplanes require careful design work, extensive testing and exotic materials for their construction — all features that can double or triple their cost compared to conventional, non-stealthy planes.

Even with their high cost, air forces all over the world are scrambling to acquire stealth aircraft because their ability to avoid detection can, in theory, offer a big advantage in air-to-air combat and during bombing runs.

But a competing theory of aerial warfare argues that stealth is overrated — and it’s better to buy greater numbers of cheaper, non-stealthy planes. Moscow’s troubles in developing the T-50 have compelled it to adhere to the competing philosophy.

Russia arrived late to the stealth-warplane party. The U.S. Air Force fielded its first radar-evading warplane — the F-117 attack jet — in 1983. It added the B-2 stealth bomber to its inventory in 1997 and then the F-22 stealth fighter in 2005. The U.S. Marine Corps, meanwhile, was the first American military branch to introduce the latest F-35 stealth fighter, in July 2015. The U.S. Air Force anticipates declaring its own F-35s operational in 2016.

The F-117 retired in 2008, but the Pentagon still possesses hundreds of stealth planes and plans to acquire hundreds more in coming years via large-scale purchases of F-35s and the new Long-Range Strike Bomber, a successor to the B-2. Its economy and military crippled by the Soviet Union’s 1991 collapse, Russia didn’t begin serious work on the T-50 until 2002. The first prototype took off on its inaugural flight in January 2010, a year before China’s first stealth prototype — the J-20 — made its debut.

All the U.S., Russian and Chinese stealth aircraft possess special features for minimizing their detectability on radar and other sensors. These include rounded or angular shaping that can scatter radar waves, plus special materials that absorb radar instead of deflecting it.

Stealth plane design is a balancing act. The aircraft must be able to avoid detection while also flying fast and far enough, and carrying a big enough payload, to make them militarily useful. They cannot be so expensive that an air force can’t actually afford to buy them in meaningful numbers. In the 40 years it has been working on stealth technology, the U.S. has never stopped struggling with this balance.

The B-2 is hard to detect and flies well, but at more than $2 billion each, it proved too expensive for mass purchase. The U.S. Air Force managed to buy 21 of the bat-shaped planes from manufacturer Northrop Grumman. Lockheed Martin designed the F-35 to be affordable, but that compelled the company to cut back on the fighter’s stealth features. In any event, developmental difficulties have driven up the F-35’s cost to more than $100 million a plane — hardly cheap.

Neither the Russian government nor Sukhoi, the company that makes the T-50, have said how much the twin-engine, single-seat supersonic fighter has cost to develop or how much it might cost to buy once the design is complete. It’s safe to say, however, that development could consume tens of billions of dollars. And each plane could set back the buyer $100 million.

And that’s assuming the T-50 actually works. There are signs that it doesn’t — at least not very well. In six years, the six T-50 prototypes have completed just 700 test flights, according to a recent article in Combat Aircraft magazine by Piotr Butowski, an expert in Russian military aviation. By comparison, Lockheed and the U.S. Air Force built eight F-22 test planes and flew them 3,500 times between 1997 and 2005. It looks like the T-50s aren’t even reliable enough to undergo intensive testing.

That was dramatically apparent on June 10, 2014, when the fifth T-50 prototype — then less than a year old — suffered a catastrophic engine fire while taxiing on the ground. The damage was so bad that Sukhoi had to halt production of the sixth prototype and use its parts to rebuild the burned plane. The Indian air force, which is considering buying a version of the T-50, complained of “shortfalls in terms of performance and other technical features.”

Events overtook the T-50’s slow and costly development. With many foreign governments imposing sanctions in the wake of Russia’s 2014 annexation of Ukraine’s Crimea, and oil prices plummeting amid a global supply glut, in 2015 Russia entered a recession that saw its economy shrink 3 percent in one year. Perhaps not surprisingly, in March 2015, Deputy Defense Minister Yuri Borisov announced that Russia would reduce its order. The Kremlin said it would buy just a dozen T-50s by 2020, instead of the 60 it originally planned.

By then the U.S. should have more than 500 stealth planes in frontline service. China finished the first production-standard J-20 in December 2015 and is expected to acquire dozens more in the next few years — though it’s unclear how much the J-20 costs and how happy Beijing is with its performance.

To make up for the cuts to Russia’s T-50 program, the Kremlin has boosted production of the Su-35 and Su-30, the latest upgraded versions of the Cold War-vintage Su-27, a powerful twin-engine fighter whose various models are now the standard warplanes of the Russian, Chinese and Indian air arms. The Su-35 and Su-30 aren’t stealthy, but they are fast, far-flying and capable of carrying heavy payloads of missiles and bombs.

The Su-35, in particular, is a very capable warplane. Moscow ordered 48 planes in 2009 and is widely expected to soon place a second order for another 48. “It would be fair to describe this aircraft as the pinnacle of current conventional-fighter design,” wrote Carlo Kopp, an analyst with the Air Power Australia think tank, “blending a superb basic aerodynamic design with advanced engine, flight control and avionic technology”

Based on a proven design, the Su-35 is reliable. It’s also comparatively cheap, as low as $50 million a plane. Which is half as much as a T-50 or F-35. An upgraded classic fighter is at a disadvantage compared to a stealth plane in one regard: the ability to avoid detection under certain circumstances. But the classic fighter actually holds the advantage over a stealth plane when it comes to reliability and cost and some performance parameters, including maneuverability and payload.

Whether the stealth jet’s advantage is worth its disadvantages is a philosophical question for military planners. The Pentagon decided in favor of stealth planes, even cancelling upgrades to older F-15s and F-16s to free up more money for more F-35s. In Russia, circumstances largely settled the issue, forcing the Kremlin to bet on classic fighters over their stealth counterparts.

The world might never know who’s right unless Russia and the U.S. go to war against each other — a proof of concept no one actually welcomes.