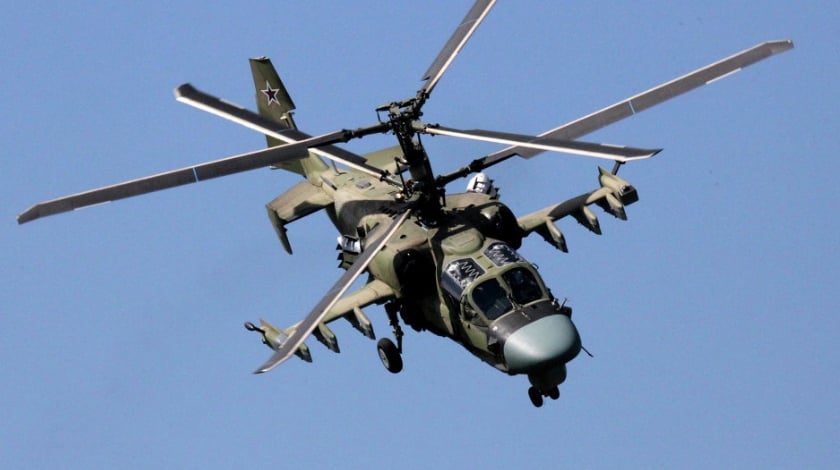 An accord made recently by the defense ministries of Russia and Egypt gives reason to believe that Moscow is prepared to sell a considerable number of carrier-based helicopters to Cairo.

Considering this development, it is very likely that Moscow and Cairo are in fact close to brokering a sale of Russian-made Ka-52K carrier-based attack helicopters to Egypt, which would become a welcome addition to the Middle Eastern nation’s arsenal, the newspaper pointed out.

“The ministers agreed on measures required to train Egyptian pilots to fly Ka-52K carrier-based helicopters that will be stationed on the Mistral-class amphibious assault ships purchased by Egypt from France this year,” the source explained.

He also added that the Egyptian side is currently considering which aspects the training program should include, and is expected to submit the desired specifications to their Russian counterparts by the end of the year.

“Experts from Russian Helicopters JSC, the Russian Navy and the Russian Aerospace Forces will be involved in the training of Egyptian pilots,” the source added.

The third meeting of the joint Russian-Egyptian commission on military and technical cooperation was held on Moscow on September 5. During the session, Russian Defense Minister Sergei Shoigu pointed out that the two nations have continued to forge closer ties in that area, and that the number of contracts made between Moscow and Cairo is steadily increasing.

“[We] are glad to note that Egypt seeks to use modern weapons and military equipment manufactured in Russia to equip the national armed forces,” Shoigu declared.