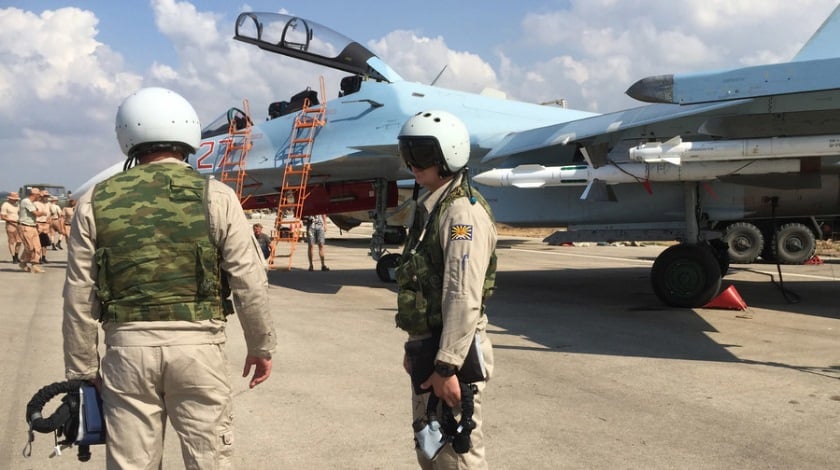 Russia stopped to use its air force in Syria under the memorandum on de-escalation zones in Syria from May 1, Sergei Rudskoi, chief of the main operation department of Russia’s General Staff, said – TASS reported.

“From 00:00 on May 1, Russia stopped to use its air force in area designated as de-escalation zones in the memorandum,” he said.

“Setting up de-escalation zones will improve the position of the government troops. The Russian Aerospace Force will continue supporting them in their operations aimed at eliminating militants of the Islamic State international terror group (outlawed in Russia),” he said.

“The area of Kabun, which is completely controlled by Jabhat al-Nusra militants and from where Damascus, including the Russian embassy there, is being shelled, was not included into this zone [of de-escalation – TASS]. The operation against terrorists in this area will be continued,” he said.

According to Rudskoi, the focus will be on the offensive east of Palmyra and the liberation of Deir ez-Zor which has been besieged by militants for three years now, as well as on the liberation of the southeastern areas of the Aleppo Governorate.

“The issue of Russia’s return to full-scale participation in the Memorandum on incidents prevention in the Syrian airspace will be discussed during bilateral contacts with US colleagues in near future,” Rudskoi said.

“In order to prevent incidents and combat engagements between the conflicting parties, security areas will be established along the borders of de-escalation zones to include observation posts for control of the ceasefire compliance and checkpoints to provide for the movement of unarmed civilians, the delivery of humanitarian aid and assistance to economic activity,” the general said.

“The work of checkpoints and observation posts, and also control of security zones will be exercised by the personnel and formations from Russia, Turkey and Iran. The forces of other parties may be involved upon mutual consent of the guarantor countries,” Rudskoi said.

“A Joint Working Group will be established from representatives of the guarantor countries within two weeks to outline the exact borders of the de-escalation zones and security areas by June 4, 2017 for approval, as well as roadmaps of separating armed opposition formations from terrorist groupings,” Rudskoi said.