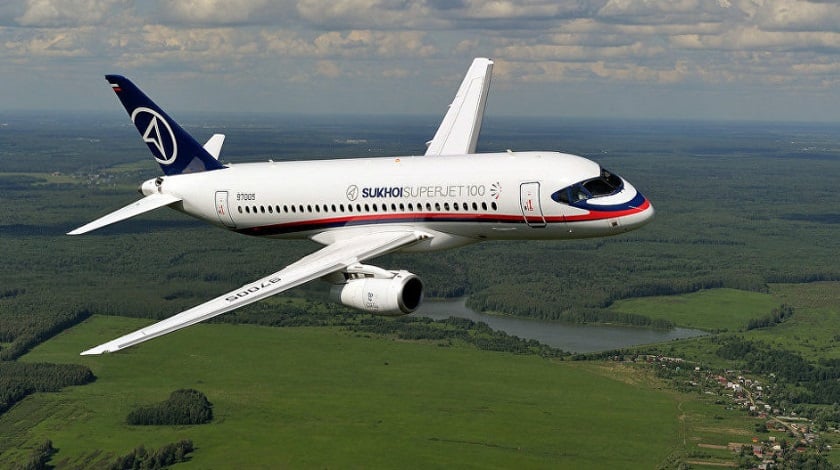 Russia is set to launch a production unit for aircraft parts and equipment in India under the ‘Make in India’ program.

US and European aviation companies are likely to face major competition in India as Russia has proposed to set up a production line for India’s civil aviation sector. A Russian delegation headed by Alexander Potapov, Deputy Minister of Industry & Trade of the Russian Federation, put forward this proposal before Indian officials of the Department of Industrial Policy and Promotion in New Delhi.

A statement released by India’s Ministry of Commerce and Industry says, “In the civil Aviation sector, the Russian side declared its readiness to participate in the “Make in India” program in order to develop technological and production capabilities of the Indian side in this field and potential supplies of the jointly produced equipment to third countries.”

Russia wants to introduce Sukhoi Superjet 100 (SSJ100) civilian aircraft in India and has a target set to put out at least 50 SSJ100 in the next three to five years. Sukhoi expects to sign a deal this year with Tata Advanced System to manufacture key airplane parts in India.

Russia’s proposal to take part in the ‘Make in India’ program comes soon after the announcement of the New Civil Aviation Policy by India which says:

“India will provide fiscal and monetary incentives and fast-track clearances to global original equipment manufacturers and their ancillary suppliers. In the event that the cost of Made-in-India aircraft and components work out to be higher than those supplied from their original sources, the government will consider an incentive package to nullify the cost differential.”

India is one of the fastest growing aviation markets in the world and is expected to displace the UK as the third largest market by 2026 while Centre for Asia Pacific Aviation, a consulting firm, predicts that domestic air traffic of Indian civil aviation market likely to surpass 100 million by 2018 as compared to 81 million in 2015-16.

Keeping in mind the growth of the air traffic, Boeing, the US-based aircraft manufacturer, projects a demand for 1,850 new aircraft in India over the next 20 years. Value of this demand will be approximately worth USD 265 billion. However, Ministry of Commerce & Industry itself projected a demand of 800 aircrafts by year 2020.

Apart from manufacturing aircraft, there are vast opportunities in Maintenance, Repair and Overhaul (MRO) as well. According to the Ministry of Civil Aviation, “The MRO business of Indian carriers is around USD 751 million, 90% of which is currently spent outside India – in Sri Lanka, Singapore, Malaysia, UAE etc.” The Indian government is keen to develop India as an MRO hub in Asia, attracting business from foreign airlines.