Russia to Upgrade Aircraft Carrier in 2017 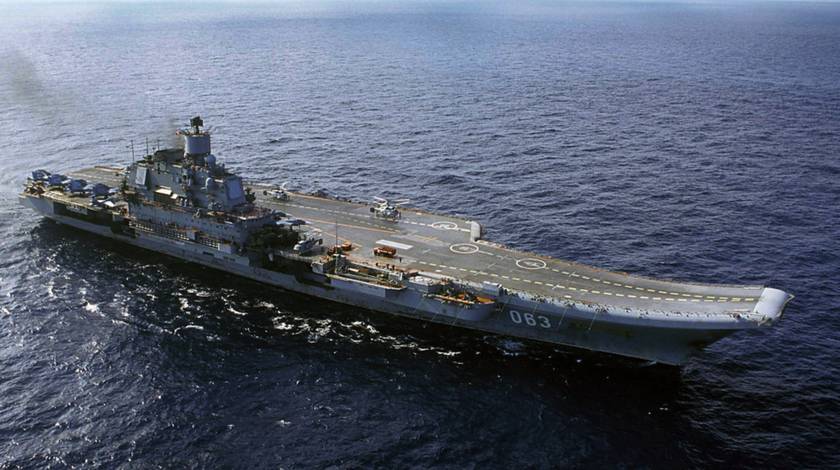 Planned repairs and modernization of Russia’s renowned aircraft carrier, Admiral Kuznetsov, will start during the first half-year of 2017 at the Zvezdochka shipyard in Severodvinsk and will take two and a half years.

“The decision to start Admiral Kuznetsov’s modernization at Zvezdochka in the first six months of 2017 has been made. The project plan specifying the costs and the amount of work to be performed, will be completed within a couple of months,” the source said. He added that “all works onboard the ship must be finished by 2020.”

The source noted that the repair contract has not been signed yet. Meanwhile, rough estimates show that the deal may cost more than 20 bln rubles.

The aircraft carrier, which has recently returned from duty in the Mediterranean, will have four of its eight boilers repaired and the four remaining replaced.

“The ship will be equipped with modern systems of electronic warfare, communication, intelligence, navigation and combat control. Aside from this, new control systems for safe carrier-based aircraft landing will be installed. The composite airwing personnel will remain unchanged,” the source added.

The Zvezdochka Ship Repair Center told TASS that the dockyard was prepared to take the ship in, however they refused to comment on the estimated time frame, costs and the amount of work, given that the contract has not been signed yet.

According to an earlier statement by the Head of the United Shipbuilding Corporation, Alexey Rakhmanov, the upgrade will include a structural change in the Admiral Kuznetsov’s weapon load.