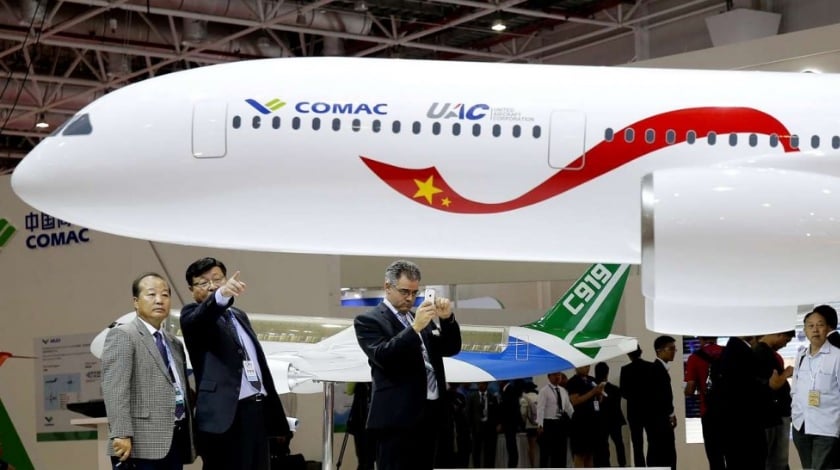 The Russian-Chinese project to develop a long-range wide-body airliner will cost about $13 billion, President of the Sukhoi Civil Aircraft Company Vladislav Masalov said on Monday.

The Sukhoi head made this statement after an official ceremony of opening the office of the project’s operator, which was held in the headquarters of Commercial Aircraft Corporation of China (COMAC) in Shanghai.

‘We have defined the program’s total budget at about $13 billion. The financing is intended to be provided through national companies and, therefore, the results of intellectual activity obtained by the COMAC or the UAC within the implemented SSJ and MC-21 projects will also be used for the long-range wide-body airliner project,” he said.

The Sukhoi head also spoke about how the sides would distribute their duties in the new joint venture for the airliner’s development.

“We have a preliminarily agreed document on the division of duties, which defines responsibilities in designing the airliner’s components. The Russian side will be responsible for the wing, the center wing, suspension pylons for the engine and the basic landing gear.

The COMAC will deal with the compartments of the entire fuselage, the fairing, the wing, the center wing and the nose landing gear. It was initially agreed that the Russian side would be the project’s integrator,” he said, adding that there were no plans so far to involve Western aircraft-building companies in the project of the airliner’s development.

The China-Russia Commercial Aircraft International Corporation (CRAIC) joint venture opened in Shanghai on Monday by the United Aircraft Corporation and the COMAC will perform the functions of the operator of the new-generation long-range wide-body airliner project.

The airliner’s basic model will seat 280 passengers and have a flight range of 12,000 kilometers. The airliner will be assembled in Shanghai.