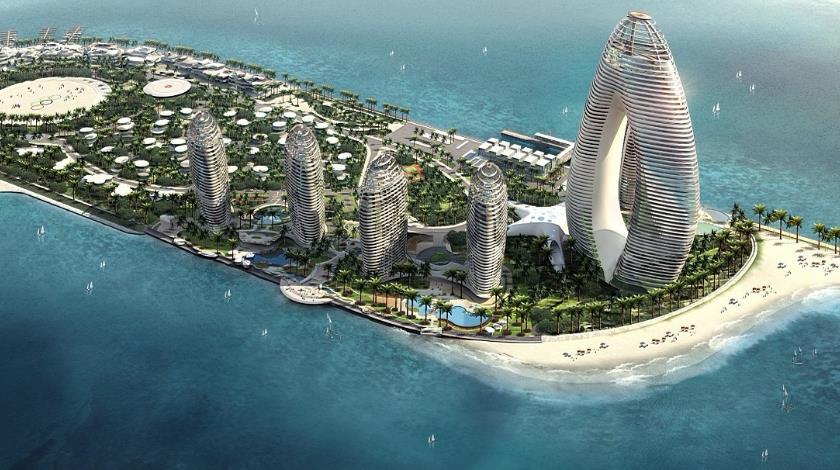 The closing of Egypt and Turkey, two of the most popular destinations for Russian tourists, has forced travel companies to urgently look for a replacement, and some of the main candidates are Vietnam, China, Sri Lanka and Thailand.

A month ahead of the New Year break, Russians had to scratch Turkey and Egypt off their travel plans.

These were two of the most popular destinations for Russians last year. In 2014, 42 percent of Russian outbound tourists visited either country, with 4 million visiting Turkey and 2.2 million visiting Egypt, according to Federal Agency for Tourism statistics.

Popular destinations for Russian tourists in 2014 After the October 31 bombing of a plane with Russian tourists over the Sinai Peninsula Russia stopped air traffic with Egypt and evacuated all its tourists from the country. And then, when, on November 24, Turkey downed the Russian Su-24 bomber carrying out a combat mission in Syria, Moscow imposed a ban on charter flights to Turkey, abolished the visa-free regime and recommended that tourists not to travel to that country.

The closing of two highly popular destinations has forced travel companies to urgently look for a replacement, and some of the main candidates are in Southeast Asia.

According to industry specialists surveyed by RBTH, Asian beaches are competitive when it comes to price and service, but it takes longer to fly to them from the European part of Russia, and they are not very well known to Russian tourists.

An air ticket from Moscow to Vietnam or southern China costs almost thrice as much as a ticket from the Russian capital to Turkey or Egypt. “The main expense for travel to Asia is airplane tickets,” Vladimir Kaganer, Chief Executive of Tez Tour, one of the largest Russian tour operators, told RBTH. “Air transportation from Moscow to Southeast Asian countries is expensive and takes a long time, not less than 8 hours.”

Turkey and Egypt could be replaced by “Vietnam, Thailand, China and Sri Lanka,” since these countries have the necessary tourist infrastructure in place, Kaganer said.

“Hainan (a resort island in southern China) may be a quality alternative to Egypt, because it also provides beach recreation in the winter season,” says Svetlana Pyatikhatka, Executive Director of the World without Borders Tourist Association. “Moreover, in contrast to Egypt and Turkey, Hainan has no common borders with the regions that pose a terrorist threat.”

Far away and expensive

Tour operators realize that the Asian resorts will not be able to fully replace Turkey and Egypt, primarily due to their remoteness and the high cost of flights. The flight from Moscow to China or Vietnam takes eight hours instead of four, and will cost nearly thrice as much.

However, in contrast to Moscow and the western regions of Russia, the country’s eastern regions – the Urals, Siberia and the Far East – are equidistant from Europe and Asia, so the question of distance is not as prevalent.

“For the residents of the Trans-Urals and the Far East, a tour to Vietnam or, for example, to the Chinese island of Hainan can even be cheaper than Egypt,” a representative of the Travel.rambler.ru online service told RBTH.

Another problem in the way of the Russian tourists to Asia is a lack of awareness of the resorts. Only 450,000 of the 1.12 million people who visited China in the first nine months of 2015 were tourists, says Patikhatka.

“Egypt and Turkey were the leaders in the tourism segment of the advertising market. Billboards in major cities, commercials on television, articles in magazines and newspapers- all told Russians about the beauty of the beaches and the variety of leisure options in these countries,” Patikhatka adds.

In 2012, Turkey’s Ministry of Culture and Tourism spent $5 million in Russia just for advertisements, according to Patikhatka.