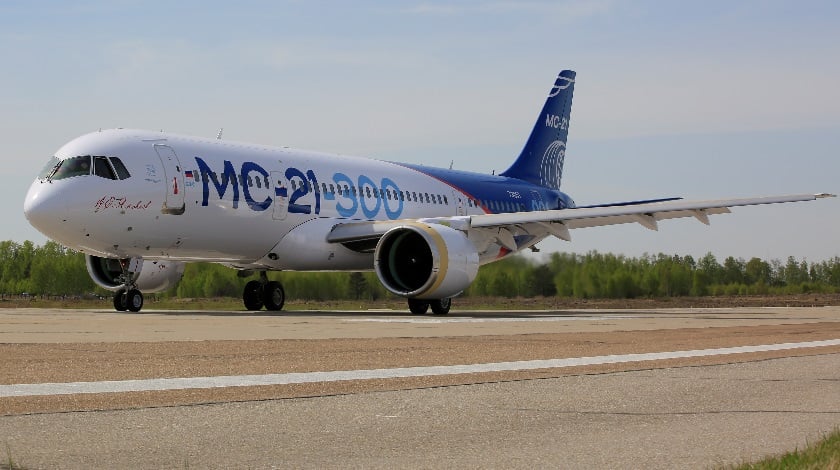 Russian-manufactured aircraft—the Irkut MC-21 and Ilyushin IL-114—won new orders on the second day of the MAKS Air Show in Moscow.

Russia’s Ilyushin Finance Co. (IFC) signed a letter of intent with Saratov Airlines to lease six MC-21-300s July 19. The 211-seat aircraft is scheduled to be delivered from 2022-2025. The Saratov-based carrier has not yet decided which engine—the Pratt & Whitney PW1400 or PD-14 —will be chosen for the aircraft. The regional airline currently operates a fleet of Embraer E195LRs, Antonov An-148s and Yakovlev Yak-42Ds.

IFC also signed an agreement with UEC-Perm Engine Co. for eight PD-14 engines for the MC-21-300 ordered by Red Wings Airlines the day before. The carrier will take delivery of 16 aircraft of the type; four of them will be equipped with PD-14s.

Russia’s United Aircraft Corp. (UAC) signed a letter of intent with State Transport Leasing Co. for 50 Ilyushin IL-114-300s. Although the delivery schedule is not disclosed, the manufacturer and lessor are expected to sign a preliminary agreement on terms and conditions before the end of this year.

The 60-seat regional turboprop IL-114-100, a previous modification of the aircraft, was assembled in Tashkent, Uzbekistan, but the production line was closed in 2012. In 2015, the Russian government announced plans to relaunch manufacturing of the aircraft and developing the new modification.