Ryanair, Aer Lingus Cancel Some Flights Between Ireland and France 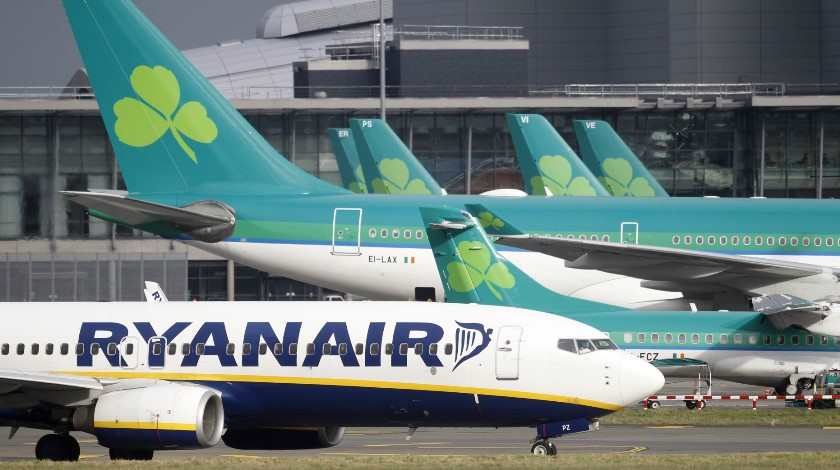 Another air traffic controllers strike in France to cause more chaos for travellers.

The ATC union has been criticised for the short notice at which the latest action – the 11th in the past 12 weeks and 51st since 2009 – has been called.

As well as disrupting flights due to land in and depart France, others travelling through its airspace stand to be affected and customers have been advised to check service websites to monitor individual flight status.

The move has prompted fresh calls on the European Commission to take steps which would safeguard against continuing industrial unrest in France.

“This is the ninth time in the past three months that European air travellers have been disrupted by French air traffic controllers’ industrial action. The European Commission and governments need to take action to protect the rights of air passengers,” said Declan Kearney, director of communications at Aer Lingus, which cancelled three return flights on Thursday for Marseilles, Toulouse and Perpignan.

“These strikes by French ATC workers are becoming a weekly event by now, causing chaos for families wanting to take their summer breaks,” said Kenny Jacobs, chief marketing officer for Ryanair which has itself cancelled 56 scheduled flights, six to and from Ireland.

“It is simply unacceptable that this situation is allowed to persist, and we regret that once again we have been forced to cancel a number of flights due to the selfish actions of these workers.”

Although French airspace does not close entirely, the French aviation authorities request operators reduce the number of services during the course of a strike, thereby affecting many flights that have no start or end point in France.

Earlier this month to mark the 50th industrial action by the ATC, the Airlines for Europe (A4E) lobby – representing the five leading carriers and their more than 500 million annual passengers – renewed calls for regulatory reform to prevent further, unchecked agitation.

“We are reaching a pathetic milestone: more than 50 ATC strikes in France over the last seven years which account for more than 150 days of disruption,” it said.