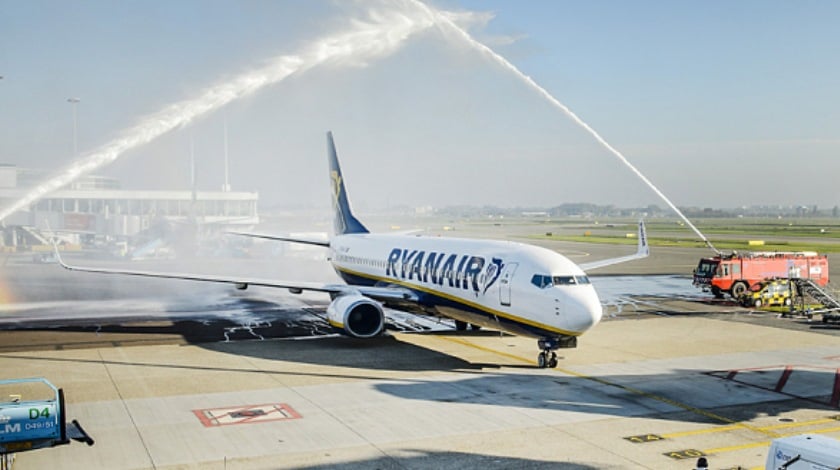 It seems that Ryanair’s policy to improve its customer service is paying off, based on passenger figures EasyJet also enjoyed record numbers as the low-cost market boomed.

The last year may have been marked by terrorist incidents and travel scares, but it seems to have produced remarkable results for the two budget airlines which dominate the British market.

Both Ryanair and EasyJet are trumpeting bumper figures for 2015.

Both also enjoyed steep rises in passenger footfall during December, despite nervousness among travellers sparked by the gun attacks in Paris on November 13.

Ryanair is celebrating after announcing a total passenger lift of 101.4million during 2015 – a rise of 17 per cent on 2014, when it carried 86.4million paying customers.

The Dublin-based carrier also enjoyed a spectacular December, transporting 7.5million people during the calendar month – a 25 per cent leap on the figure for the same month in 2014 (6million passengers) and a 50 per cent rise on the numbers for December 2013 (5million travellers).

The Luton-based airline has reported passenger numbers of 69.8million during 2015 – a surge of 6.9 per cent on the total figure of 65.3million revealed for 2014.

December was also a fruitful month for EasyJet, with 4.8million passengers using its services – a jump of 4.6 per cent on the same month in 2014.

Ryanair is saluting its 2015 statistics by saying that they make it the first airline to carry over 100million international passengers in a calendar year.

The carrier is partly attributing the boosted numbers to a discounting drive, designed to encourage people to travel in the wake of the Paris atrocities and partly to the airline’s expanding route network, as well as price offers.

However, although eye-catching, the figures need a little clarification.

Ryanair and EasyJet are the world’s biggest airlines – placed first and second respectively – on the number of passengers flown on international flights.

However, they rank only sixth and eighth respectively when statistics for other airlines’ domestic passengers are also taken into account, especially carriers in the USA and China, where non-international services are a huge part of operations.

All three of these carriers broke the barrier for 100million passengers in 2014, if domestic and international flights are counted together.

British Airways ranks fifth if airlines are ranked on international flights only, having served 35.4million passengers in 2014, according to the International Air Transport Association (IATA).