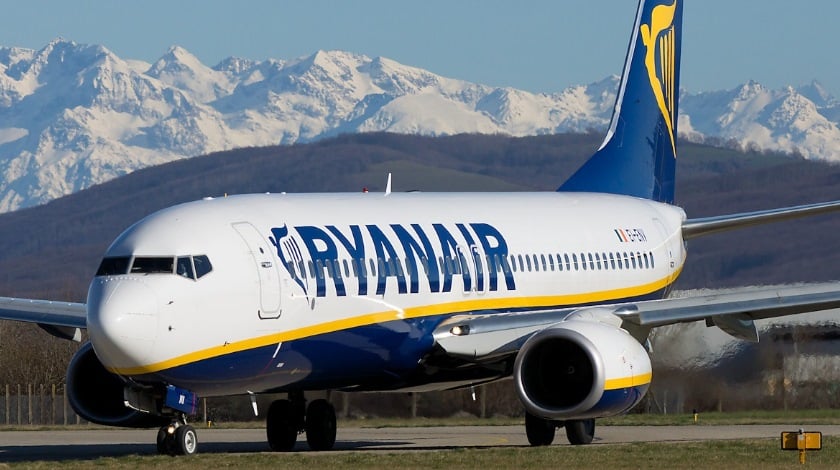 Irish low-cost carrier (LCC) Ryanair has canceled flights to Ukraine it had planned to start in October.

According to a Ryanair statement July 10, the decision was made “following Kiev airport’s [Boryspil] failure to honor a growth agreement reached at the Ministry of Infrastructure with airport officials and the current airport director general, Pavlo Riabikin, in March of this year.” The airline added the airport protects high-fare airlines, including Ukraine International Airlines (UIA).

“On behalf of Ukrainian visitors and consumers, we regret that Kiev airport has demonstrated that Ukraine is not yet a sufficiently mature or reliable business location to invest valuable Ryanair aircraft capacity,” Ryanair CCO David O’Brien said. “Kiev Airport’s failure to honor commitments will result in the loss of over 500,000 customers and 400 airport jobs in the first year alone, which would have provided a significant boost to the Ukrainian economy. We also regret that Lviv Airport has fallen victim to Kiev Airport’s decision. Ryanair will now transfer this capacity to competing markets, such as Germany, Israel and Poland instead. Ryanair will grow from 130 million passengers this year to 200 million passengers by 2024 and retains the hope that Ukraine might participate in this growth at some point in the future.”

On his Facebook page, Riabikin said earlier this year that Ryanair failed to agree on partnership conditions with Kyiv’s second airport Zhulyany. On July 5, Riabikin said Boryspil signed an agreement with Ryanair, but the airport did not satisfy all the carrier’s requests. In particular, Boryspil would not provide a significant discount for London-Kiev flights, saying it is not a new route for the airport.

In the middle of March, Ryanair said it planned to fly to Kiev from Manchester, London, Stockholm and Eindhoven, and to Lviv from Berlin, Memmingen, Budapest and other points in Europe.

UIA on July 11 denied it was a part of negotiations between Kiev Boryspil International Airport and Ryanair.

“Therefore, it is not in a position to affect the negotiation process by any means,” UIA said in a statement.

According to the UIA statement, the Ministry of Infrastructure of Ukraine and Ryanair signed a memorandum, in which the local authority guaranteed the Irish carrier Boryspil airport charges at the rate of $7.50 per passenger.

The Ukrainian carrier insists the document is illegal, as the ministry—which is “obliged to guarantee an equal playing field for all business entities, unreasonably offers a single player a number of preferences that contradict the provisions of the current legislation. Notably, according to the Decree of the Ministry of Transport Ukraine #337 adopted on March 26, 2008, the minimum amount of charges for passenger handling, takeoff/landing and aviation security measures equal $25.60. […]

As soon as the Decree of the Ministry of Infrastructure of Ukraine #211 [that was] adopted on June 13, 2017, had taken legal effect, the minimum amount of airport charges was decreased to $17.00, which outnumbers the charges fixed in the memorandum by over 100%,” UIA added.