Ryanair Eyes Up 90 Alitalia Planes And Their Routes 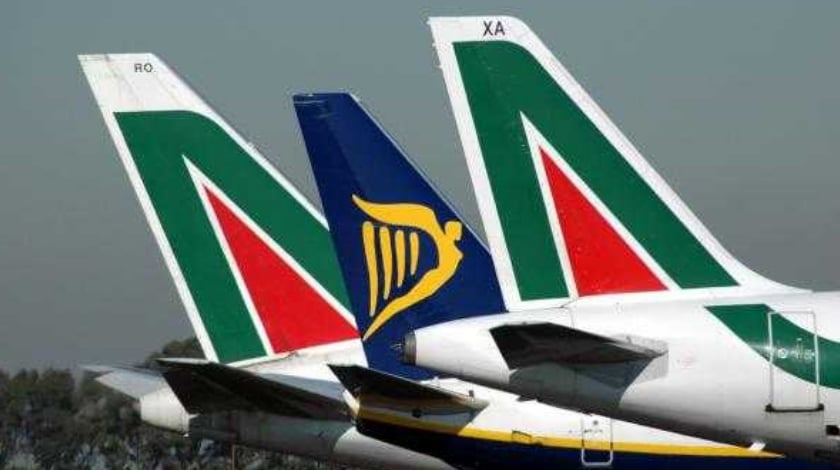 Ryanair’s Chief Executive, Michael O’Leary, announced on Thursday, August 31, that the low-cost carrier intends to bid for 90 of Alitalia’s planes and associated routes. Although it has indicated that it intends to operate the planes with existing cabin crew and staff, some redundancies and aircraft lease restructuring will likely be required.

Alitalia has been under special administration, the second time in ten years, since the beginning of May after staff rejected a final make-or-break pay offer. Since then the Italian government has given the flag-carrying airline a €600 million (US$720 million) bridging loan to enable it to continue operating during bankruptcy proceedings and the sell-off of assets.

O’Leary told journalists at a press briefing in London: “We will be submitting an offer for the 90 jet aircraft, with their pilots, cabin crew, routes etc.” He also commented that as Ryanair exclusively flies Boeing jets, Alitalia staff would need to maintain the fleet of Airbus planes.

Though Ryanair only flies short-haul routes at present, long-haul routes would be included in the deal. According to O’Leary: “I think one of the aspects of Alitalia that is really attractive is the long-haul fleet. There is the capacity to grow very strongly.” He also made it clear that he would be interested in bidding for all Alitalia’s 120 planes, but that it was likely the deal would be blocked by regulators who would not permit Ryanair to control more than 50% of the domestic Italian market.

It is understood that approaching a dozen separate parties have expressed an interest in Alitalia; O’Leary considers the most likely outcome will see the airline broken up and any takeover subject to competition remedies. All binding offers for the airline, or parts of it, have to be submitted by October 2, 2017