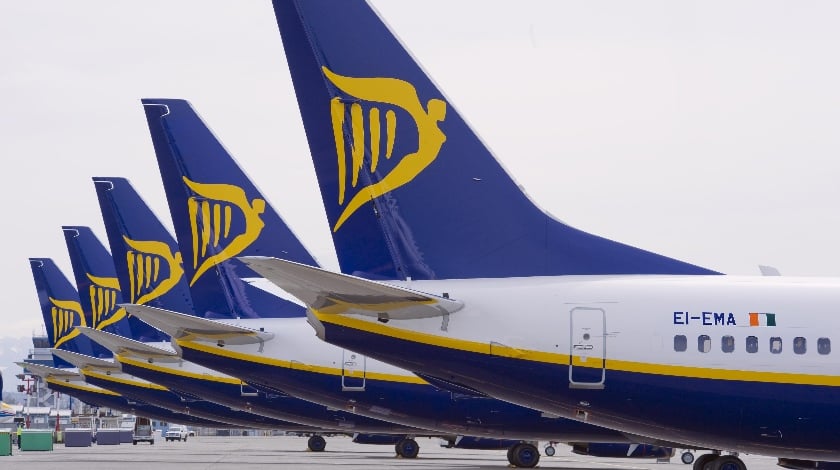 Ryanair has confirmed plans to move into Lufthansa’s home hub of Frankfurt, stepping up its push into bigger airports and ratcheting up pressure on the German carrier which is expanding its own budget flights.

Lufthansa said earlier yesterday it would offer fewer seats than planned this quarter as it seeks to offset pressure on ticket prices, following on the heels of British Airways owner IAG.

European airlines are grappling with falling fares as carriers, especially low cost ones, put more seats onto the market to try to take advantage of low fuel prices and gain market share.

Lufthansa has been driving growth at its Eurowings budget brand to compete, signing deals with Air Berlin and taking over part-owned Brussels Airlines. That will make it Europe’s third largest point-to-point carrier next summer, behind Ryanair and EasyJet.

Ryanair, meanwhile, has been expanding in Germany, where it wants to grow its market share to 20%, from 8%, and is expanding at primary airports across Europe in a drive for more passengers and to attract business travellers.

The Irish carrier said it will start flying from Frankfurt airport, Germany’s largest, from next summer to four tourist destinations in Spain and Portugal, with plans for strong growth in winter 2017/18.

Frankfurt Airport, operated by Fraport, has few low cost carriers due to its high fees and long turnaround times.

Lufthansa has around a 60% market share at Frankfurt. It has also had close relations with Fraport, in which it owns an 8% stake, but Fraport now plans to offer incentives and adjust the way passengers move through the airport to meet the demands of low-cost carriers.

Lufthansa’s marginal trimming of growth targets for the fourth quarter came despite it reporting a near doubling of third quarter net profits, yesterday, to €1.42bn.