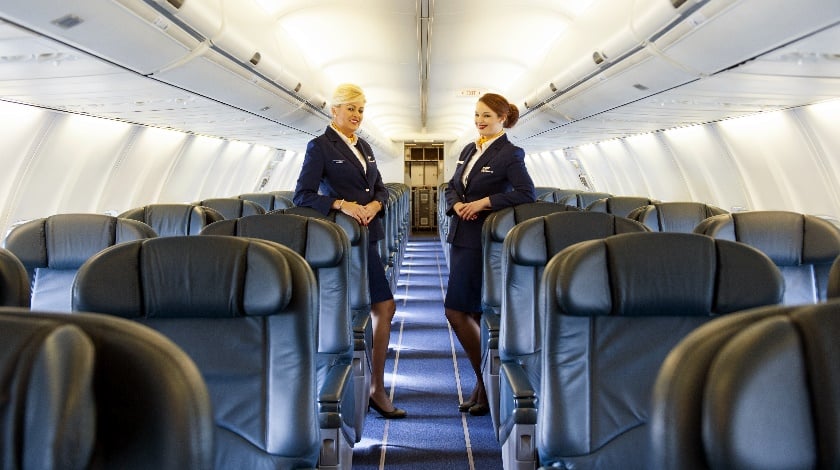 Ryanair has threatened to scrap its second free bag policy because passengers are attempting to pack “half the contents of their home” into them.

The low-cost airline began allowing customers to bring along an additional smaller cabin bag free of charge in October 2013 as part of an overhaul of fees and charges aimed at improving its image.

But the policy appears to have backfired, with fliers regularly breaching the permitted limits and causing delays.

Michael O’Leary, the airline’s chief executive, told The Irish Independent: “We’re struggling at the boarding gate because far too many passengers are turning up with half the contents of their homes now instead of one normal-sized bag and one small bag,” he said, adding that some passengers even turn up with three bags. “If it doesn’t stop, we’re going to have to change that policy.”

A spokesman for Ryanair confirmed the rethink. He said: “We’ve noticed some customers are bringing larger than permitted bags, which can cause delays, and the policy may be reviewed should this practice continue.”

Ryanair’s rules mean passengers can bring one cabin bag weighing up to 10kg, with maximum dimensions of up to 55cm x 40cm x 20cm, and a second bag up to 35cm x 20cm x 20cm, such as a handbag, laptop bag or duty free shopping bag. Oversized cabin baggage may be refused at the boarding gate or placed in the hold of the aircraft for a fee of £50/€50.

Should Ryanair return to a stricter policy, it could help solve the problem many passengers face trying to store their luggage in overhead lockers. With many fliers bringing extra bags, space is increasingly at a premium, forcing many to place their items under the seat in front, or – in some cases – in the hold.

Only the first 90 passengers are guaranteed to have their luggage placed in the cabin, according to Ryanair.

But the airline’s 737s carry up to 189 people, meaning fewer than half are certain to travel with their bags. The policy usually results in a scrum at the gate with passengers determined to be one of the first on board.