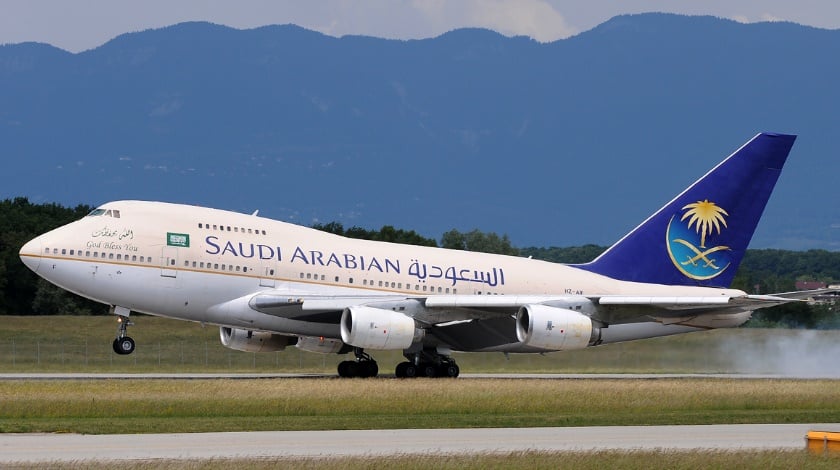 A pilot of a Saudi Arabian Airlines plane mistakenly pressed a hijack warning button as it approached Manila’s airport on Tuesday, causing airport officials to mobilize commando forces and isolate the jet after it landed, Philippine officials said.

Manila airport manager Eddie Monreal said Flight SV872 from Jiddah made the distress call about 20 miles from the airport. Airport authorities asked for a verification of the emergency message and one of the pilots confirmed the distress call verbally with the airport tower, aviation security chief Mao Aplasca said. He said the pilot did not immediately say the emergency call was a mistake.

The pilot did not tell the control tower that the button had been pushed accidentally until the plane was parked, Aplasca said. Despite the assurance, airport authorities continued to treat the incident as a crisis, Monreal said.

“We can never play around with safety and security,” Monreal said. “We decided that we will not take that call hook, line and sinker saying that it was a mistake.”

Security forces were deployed around the Boeing 777 as a precaution. Outside the airport complex, police quickly set up a security cordon and checkpoints.

The passengers were later allowed to disembark and told reporters that everything had seemed normal in the cabin until relatives informed them by cellphone about reports that the aircraft may have been hijacked.

When Princess Habiba Sarip-Paudac, a news anchor at a state-run TV network who was on the plane, peered out of the window, she saw SWAT forces and police, some with dogs, who later boarded the plane. She said the passengers “felt like it was really a hijacking. They thought someone would throw tear gas.”

As the plane sat isolated on the tarmac, “Not even one crew explained. For two hours, they were saying, `Sorry ma’am, we don’t know anything, we don’t know what to say,”‘ Paudac told reporters.

Many of those coming off the plane were dressed in white, likely indicating that they were returning from the annual hajj pilgrimage, a ritual required of all able-bodied Muslims once in a lifetime.

Saudi Arabian Airlines, also known as Saudia, does brisk business during the hajj, which reached its climax last week.

The 71-year-old airline, which operates 119 planes, said on its official Twitter feed later Tuesday that there was a false alarm of a hijacking aboard the flight. Monreal said the plane was carrying 410 passengers and 21 crew members.

The Civil Aviation Authority of the Philippines said it is investigating the cause of the incident. “Appropriate penalties and sanctions will be imposed on the erring pilot if the result is indeed a human error,” it said in a statement.

The pilots were not being held during the investigation, Aplasca said.