Small Planet Airbus A320 Off Runway at Birmingham 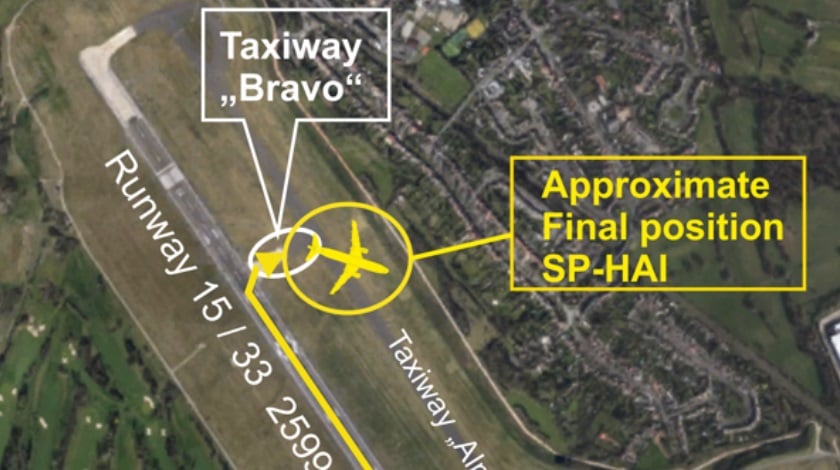 After landing, the A320 veered off the taxiway coming to rest on the grass at Birmingham-Intl Airport, UK.

The Airbus A320 landed normally on runway 33 at Birmingham-Intl Airport, UK, and taxied back to the terminal via taxiway „Bravo“, when directional control was somehow lost.

Just after the intersection, the A320 departed the taxiway „Alpha“ to the left hand side until the nose and the left maingear came to rest on the grass beneath.

Nobody on board the flight was hurt. The taxiway remained closed for at least 1 h until the A320 was removed.

A spokeswoman for Birmingham Airport said the airport’s rescue services rushed to the scene but there were no reports of any injuries. She said the incident had not caused any delays for passengers on other flights.

The spokeswoman for Birmingham Airport said, “Birmingham Airport can confirm that an A320 aircraft belonging to charter company, Small Planet, has manoeuvred off the taxiway into grass after landing from Paderborn at 13.20pm today.

“Passengers have safely disembarked and have been bussed to the terminal.

“There are no reports of injuries. The aircraft is currently positioned on a grass area adjacent to the taxiway.

“The Airport’s rescue service is in attendance and the runway remains open.”

“All 98 passengers safely disembarked the aircraft and no injuries for passengers and the crew.

“Small Planet Airlines will send another aircraft to operate flight S5 3259 from Birmingham to Paderborn and this flight will be delayed. Passengers are asked to follow information in Birmingham airport. We apologise for inconvenience.”