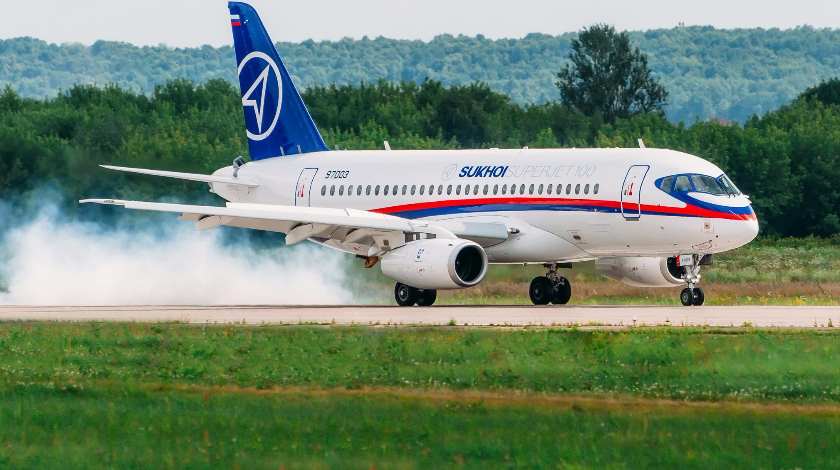 Recently the Sukhoi Superjet 100 (SSJ100), Russia’s regional aircraft, has been surrounded with great uncertainty. Difficulties with after-sales support of the jet, unclear situation with the European customers and other issues have brought the Russian aircraft into sharp focus.

In the end of 2018 it was revealed that the only European SSJ100 customer CityJet, an Irish regional airline, considers phasing  SSJ100 aircraft out of its fleet.  Now the second wave of information has risen: multiple media reports claim that the Irish airline has decided to return 7 SSJ100 aircraft to their owner.

In the end of 2018 Sukhoi told about possible return of the SSJ100 aircraft from CityJet due to the fact that the airline was changing its business model. Among the reasons also appeared troublesome maintenance of the aircraft. Therefore, information was neither confirmed or denied.

Currently, CityJet’s website shows that the fleet of CityJet is comprised of Bombardier CRJ900, Bombardier CRJ700 and Avro RJ85B planes. No sign of SSJ100. However, CityJet did not immediately respond to Aviation Voice inquiry about the reason of the change.

Sukhoi, in turn, reacted to the media reports concerning the return of the aircraft by denying it.

The statement on the Sukhoi Civil Aircraft website says that “the information about the return of SSJ100 to their owner contradicts the reality. Currently CityJet is reconsidering its business-model, and therefore SCAC and CityJet are being under active cooperation as far as SSJ100 is concerned”.

Nevertheless, Russian planemaker is not ready to lose customers in Europe. In Novemeber 2018 it was announced that Sukhoi has reached a preliminary agreement with another European airline based in Slovenia, Adria Airways, on the acquisition of 15 SSJ100s, TASS reports. Also, the airline and aircraft manufacturer agreed on setting up a MRO facility in Slovenia.

Where Did it All Start?

The CityJet and SSJ100 story began with a firm order for a total of 15 of the aircraft, with an option for a further 16. The first SSJ100 arrived at CityJet in 2016.

However, in the course of time, some changes were made and the airline took the delivery of only seven planes.

The regional aircraft with 80-100 seats capacity seemed to perfectly match the need of the CityJet and fit into the regional market to offer wet-lease services and operate on behalf of other European airlines.

This way, apart from using SSJ100 aircraft for its own flights, CityJet agreed with Brussels Airlines to wet-lease its four SSJ100s to the Belgian airline. Under the signed agreement, CityJet should have been flying SSJ100s on behalf of Brussels Airlines for two years, however, cooperation came to end a bit earlier.

Belgian airline made a decision to withdraw from further wet-leasing, and terminated the agreement even before the expiry date.

Maintenance-related problems frequently made SSJ100 unavailable for days. Lack of spare parts, problems with the maintenance of the aircraft’s SAM146 engines affected not only CityJet flights but also smooth operation of services on behalf of Brussels Airlines.

What is the point in keeping the aircraft which is not operable? Russian planemaker attempted to solve the problem and make this question disappear.

In fear of losing the foreign customers, in October, 2018, Sukhoi announced cutting its deliveries and concentrating on customer support in order to have their planes successfully flying. The plan was good but did not work out with Brussels Airlines. The last flight of the SSJ100 for the airline was made in January 2019.

Will the SSJ100 secure its European future with Slovenian airline? The time will show.