Sukhoi to Cut Superjet Deliveries and Focus on Aftersales Support 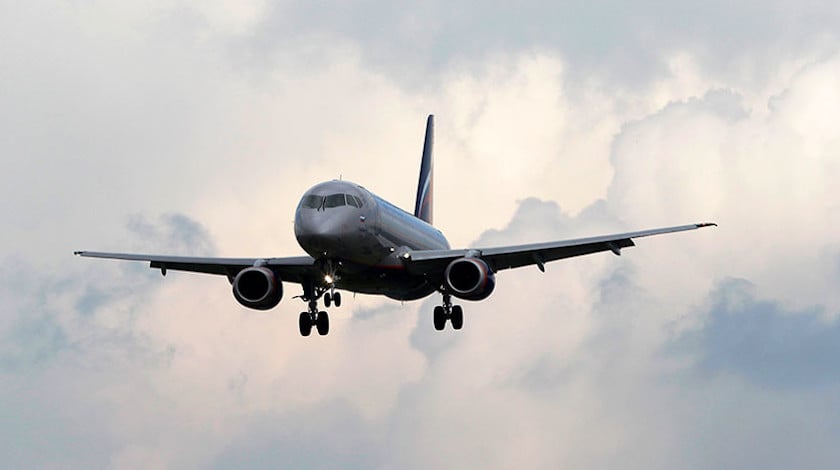 Sukhoi Civil Aircraft Company (SCAC), the Russian manufacturer of the Superjet 100 (SSJ100) Russian regional jet, has been facing mounting criticism regarding alleged deficiencies in its aftersales support of the product.

Two of its key international customers – Mexico’s Interjet and Belgium’s Brussels Airlines – have voiced their discontent with the maintenance of their fleets, with the latter opting to withdraw from further wet-leasing of the aircraft. Inside Russia, Yakutiya Airlines has expressed similar concerns.

In response to these criticisms SCAC is offering a solution jointly arranged with United Engine Corporation (UEC), which is responsible for the type’s SaM146 engine production and maintenance.

Both companies insist they have won government support for the optimisation of SSJ100 aftersales support, to improve dispatch reliability for existing operators whilst also enhancing the aircraft’s appeal to potential customers.

Sukhoi has announced it is revisiting its deliveries plans to instead concentrate on customer support, which it says is “the priority right now.” To produce aircraft which are then grounded because of lack of spare parts and engines, “doesn’t make any sense,” SCAC’s president Alexander Rubtsov admits.

Engines: core of the issue

The SSJ100’s major maintenance issue lies with its engines, Sukhoi reveals. SaM146s are produced by PowerJet which is responsible for the hot section, and Russia’s UEC-Saturn, which is in charge of the cold section of the engine.

The producer does not offer replacement engines as back-ups in case of engine failures, so the operators have to ground their aircraft once any problem with the powerplant is first detected.

The privilege of spare back-up engines is only provided to Aeroflot as part of its PBH (power-by-the-hour) programme. Other operators have not opted for this opportunity for different reasons, but mostly due to its high cost, Sukhoi claims.

The problem may be solved by having a sufficient number of replacement engines, decreasing maintenance costs and boosting the maintenance capacities currently limited by UEC’s capabilities.

To provide a solution to the spare SaM146 problem, SCAC and UEC, along with Russia’s ministry for industry and trade, have agreed to create a pool of engines out of those produced and which were previously waiting to be installed on new aircraft, and which are currently in reserve at SCAC and PowerJet. Some of these engines will be transferred to UEC, which will offer them to operators for rent.

“In the time when we were experiencing a deficit of [spare] engines, we were forced to make the decision to send a considerable part of the engine stock we had to operations. We have built the aircraft and, respectively, we expect UEC to replenish the deficiency in 2019. Accordingly, this year we will cut our delivery targets,” Rubtsov says.

Maintenance costs, another critical issue for operators, has also been addressed, with UEC offering a more customer-friendly proposal, both in terms of costs and efficiency. Rubtsov says the aircraft’s maintenance costs have now been decreased by almost 40 per cent, making the SSJ100 a much more attractive proposition for airlines. In addition, UEC is boosting its maintenance capacities, it says.

This year it is capable of servicing 50 engines per year, and has cut shop visit times from between five and nine months in the previous years to less than 60 days. The new production output depends on UEC-Saturn’s capability to supply the required number of spool assemblies.

Aeroflot, the SSJ100’s largest operator, which took delivery of its 50th Russian regional jet last week and is about to firm its commitment for 100 more, benefits from a privileged customised aftersales support programme, which includes the construction of a dedicated service centre at its Moscow’s Sheremetyevo airport hub to reduce Aeroflot’s aircraft on ground times with sufficient hangar capacities.

The aircraft producer has committed to finding partners for the construction project whilst renting it to the airline to satisfy the MRO needs of a growing fleet of the Russian-made regional airliners.

The spare parts inventory housing will also be expanded by more than three-fold under Aeroflot’s new contract for 100 SSJ100s. The existing storage floor space of 300 square metres will first be expanded to 1,000 this winter and eventually to 3,000 square metres. At the same time the airline will be supplied with 12-13 billion roubles worth of spare parts and associated ground equipment.

In line with the Russian flag carrier’s strategy of creating regional hubs across Russia, Sukhoi will further support the development by placing spare parts inventories in those regions where the aircraft will be based. The central inventory storage at Zhukovsky, near Moscow is also to be expanded.

The manufacturer is undertaking these efforts along with an on-going programme for upgrading the SSJ100’s performance with the aim of bringing the utilisation rate of Aeroflot’s fleet from the current four flight-hours-per-aircraft-per-day to seven or eight.