Sukhoi to Decide on New Superjet Variant by 1Q 2018 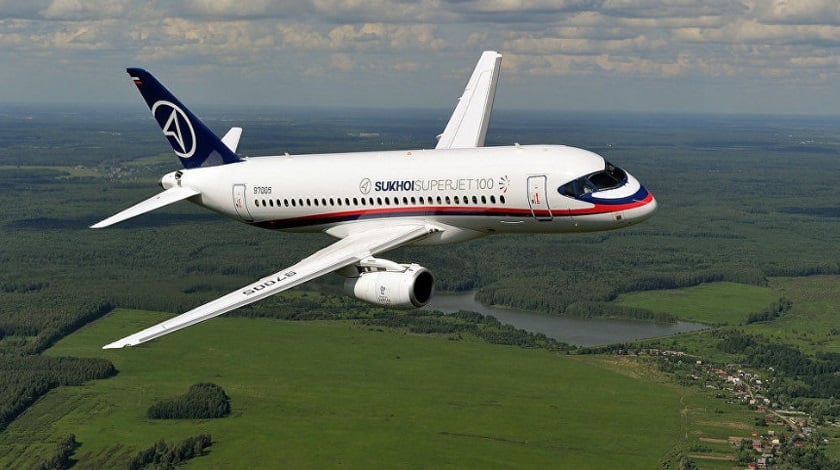 Russian manufacturer Sukhoi Civil Aircraft Corp. (SCAC) must decide by 1Q 2018 about whether to begin developing a smaller or larger variant of the SSJ100 Superjet.

Speaking at the Dubai Air Show, newly installed SCAC president Alexander Rubtsov said discussions were underway with customers as to whether a shortened 75-seat version or a stretched variant of the 100-seat standard aircraft should be launched first.

Rubtsov, who took up his new role at SCAC two months ago, said one factor being weighed is whether the SSJ100’s Franco-Russian PowerJet SaM 146 turbofan could be modified to produce sufficient thrust for the larger version, or whether an alternative engine should be considered.

The current SSJ100 is an “orphan” aircraft and SCAC is aware of the need to create a family of versions to attract more customers.

Rubtsov said the SSJ100 will begin test flights into London City Airport in December to clear the aircraft for operations for the short-runway airport in the UK capital’s docklands.

High buildings to the west mean that aircraft have to make a 5.5-degree approach, almost twice as steep as the standard 3-degree slope. This requires new control laws for the aircraft’s software, plus a new flap setting and brake modifications.

London City is a major destination for Ireland’s CityJet, which is receiving 15 SSJ100s. Certification is planned for next year, with the modified aircraft ready for service in 2019.

As part of the London City modifications, SCAC is developing a new winglet for the aircraft to help landing and takeoff performance, as well as delivering a 3% improvement in fuel burn. This will become a standard production-line item and be available for retrofitting.

Meanwhile, on the sales front, SCAC is continuing discussions to firm up an MOU with Egypt’s Air Leisure for four SSJ100s and Rubtsov is hopeful of an imminent order for several aircraft from an Azerbaijan customer.

Several orders are in the pipeline, with one for potentially as many as 100 aircraft, he said, adding that airline customers and passengers were very happy with the SSJ100’s comfort and performance. “However, what we are not very happy with is the customer support, which we need to improve,” he admitted.

The aircraft is still experiencing teething problems including software, airframe and engine glitches—“which is normal for a breakthrough aircraft that was a clean-sheet design” from a company that had only existed in its current form for a few years, compared to decades for Airbus and Boeing, he said.

Nevertheless, he said, “We need to be more responsive to customers’ needs.” Support must be available 24/7, 365 days a year, and he said his team would be focused over the next two years in bringing together aspects of after-sales support including training, engineering and spare parts supply.