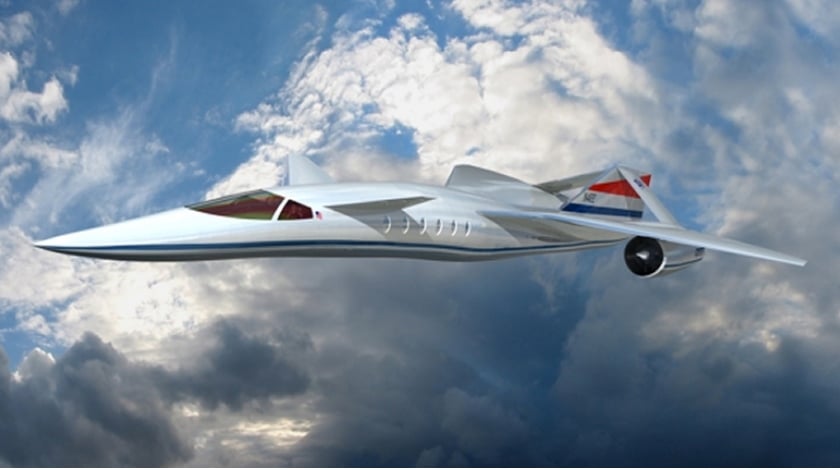 NASA has issued a draft request for proposals for development of its Quiet Supersonic Transport (QueSST) low-boom flight demonstrator, starting the clock ticking toward first flight of the new X-plane in early 2021.

The program calls for the development, building and flight testing of a clean-sheet X-plane that will be used to support the potential change in FAA regulations which will enable supersonic flight over land. The effort, which builds on NASA’s initial attempts to develop design tools for future-generation commercial supersonic transport aircraft, is targeted at demonstrating a sonic boom 60 dBA lower than that produced by the Anglo-French Concorde or a typical military aircraft.

The draft request comes as Lockheed Martin completes work on the preliminary design of a low-boom demonstrator concept under a 17-month, $20 million contract. The concept validated NASA’s low-boom mission and aircraft requirements. Work on this phase will wrap up with a four-day preliminary design review in late June.

Although NASA originally planned for bidders to leverage Lockheed’s preliminary design for the demonstrator’s detailed design, the agency now says this remains purely optional. The move will enable other contenders greater flexibility in their bids, says Peter Coen, NASA commercial supersonic project manager. But Lockheed Martin is confident that its early involvement in QueSST puts it in the driver’s seat for the upcoming contest.

“We are ready to go on building that demonstrator,” says Rob Weiss, Lockheed Martin’s Advanced Development Programs executive vice president and general manager. Speaking at the AIAA Aviation 2017 forum here, he adds, “we feel we have a technological advantage in the amount of investment we have made in the tools and the vehicle itself.”

NASA expects to issue the full request for proposals in August and will award the contract in the first quarter of 2018, marking the first time the agency has worked on a purpose-built, manned supersonic X-plane since the experimental thrust-vectoring X-31 in 1990. Critical design review is scheduled in the third quarter of 2019, with assembly of the demonstrator timed to allow for flight tests starting in the first quarter of 2021. NASA plans to conduct the bulk of the demonstrator testing in two main phases, with the first dedicated to aircraft build, checkout and supersonic flight envelope expansion.

Following completion of envelope expansion flight tests in late 2021, phase two will begin with a NASA-led effort conducted at Armstrong Flight Research Center in California focusing on low-boom acoustic validation work. Flight testing over most of 2022 will characterize the ground signature of the demonstrator, as well as evaluate the effects of various atmospheric and aircraft flight conditions on the properties and intensity of the boom.

The second phase will wrap up in late 2022 with initial community response overflights of the base housing at Edwards AFB, California.

This will validate test designs for follow-on studies as well as perform the first actual tests of whether low-boom noise is publicly acceptable. From 2023 to 2025 NASA plans to expand low-boom community response overflight tests to a much wider U.S. audience. The demonstrator will participate in multiple campaigns over varied and so far unspecified locations. The aircraft requirements call for the capability to perform multiple supersonic overflights with passes nominally 50 mi. in length and up to 20 min. apart on a single flight.

A provisional test profile outlined by Coen at Aviation 2017 includes a 125-mi. outbound leg from Edwards AFB to a waypoint at which the X-plane will turn and accelerate for a supersonic dash over a local community at Mach 1.4. The aircraft will then turn and circle back to overfly the same area followed by a deceleration and decent for a return to Edwards.