The Results of the First 5 Years of Sukhoi SuperJet 100 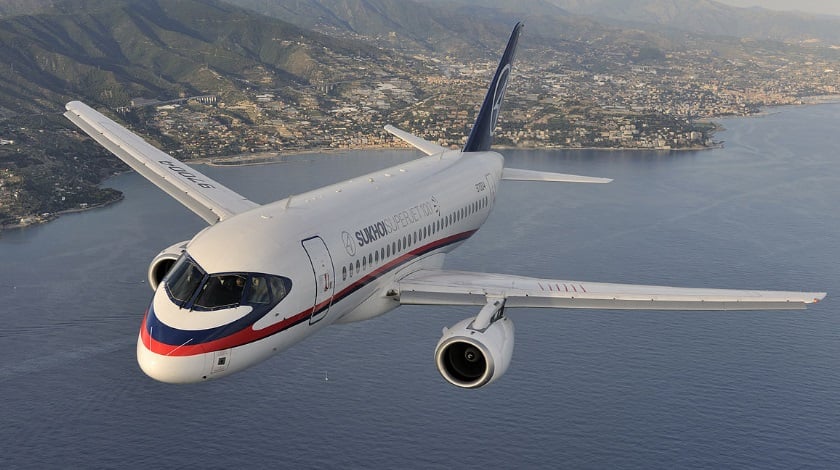 As we promised after the first article “Revitalizer of the Russian Aviation – Sukhoi SuperJet 100”, we are coming back to talk more about the orders, clients and routes. It is already 5 years since the first commercial flight of the Russian-made twin engine took off from Armenia. Over the past five years a lot has changed. Armenian airline “Armavia”, as well as a few other operators of SSJ 100, left the market or went bankrupt, but the plane itself is slowly taking its niche in the segment of regional airliners. Is it still true that Russian company has a lack of past performance in the market and no track records? What kind of progress they have achieved in these 5 years?

The launch and the first commercial flight of the regional aircraft Sukhoi Superjet 100 began in April 2011 and was performed by the customer from Armenia. The bad news is that it is impossible to confirm the accuracy of the Superjet order backlog as the producer does not provide up to date order data, and there have been no updates on many longstanding orders. But information below will be enough to make a picture of the main customers and regions.

As you can see in the picture, the main SSJ 100 operators are from Russia. According to Wikipedia there are 77 aircraft in use, of which 52 – in Russia. Aeroflot – largest Russia’s operator – has received 26 out of 30 ordered jets and planning to order another 20 units.

Why is Aeroflot so passionate about SSJ 100? The answer is simple – politics and subsidies. The Russian government has begun to support SSJ 100 operators a couple of years ago. Sukhoi company’s production was included in subsidies program for the repayment of the financing leases.

Moreover, passenger capacity of SSJ 100 allows the use of these machines on subsidized regional routes. Plus the subsidy program for spare parts will be launched soon. The Russian carriers also expect that the subsidies in 2016 will be extended to operational leasing.

SSJ 100 in the motherland of Maya

Year by year the SSJ 100 is being welcomed in the foreign fleets. Among the foreign operators is Mexican Interjet which topped up its original 2011 order of 20 by firming for another 10. Interjet officials said that aircraft have a remarkable seat pitch, for a regional or short-haul aircraft, of 34 inches, while the Pininfarina-designed SSJ100’s interior gets high marks from customers. In a recent passenger comfort survey, Interjet passengers actually said they preferred the Sukhoi over the Airbus.

The map provided below shows the Interjet flying routes. Probably for many of you it will be strange to hear that Russian airliner already can be found in Miami, San Antonio, Houston or Dallas. However, SSJ100 is ready to change this notion since it was designed by Western standards with modern suppliers on board.

Moreover, the Irish regional airline CityJet has chosen the Russian-made Sukhoi Superjet 100 to update its fleet and network development program. Under the 1 billion USD agreement, CityJet will purchase 15 SSJ100 airplanes with an option to buy 10 more, according to the statement from Sukhoi’s parent company United Aircraft Corporation. The first delivery of four aircraft was scheduled and completed in the first quarter of 2016, with an additional 11 planes coming up in 2017.

After the announcement, CityJet Executive Chairman Pat Byrne said that CityJet is very excited to be the very first airline in Europe to choose this game-changing aircraft that delivers a level of comfort, plush interior design and cabin capacity that is far superior over all of its competitors.
He added that this is a very versatile new generation jet which will fulfill CityJet’s requirements with a capability to operate at smaller airports such as its hub at London City Airport and offer significant advantages in fuel efficiency, emissions ratings and noise reduction.

The total accumulated flying hours of all SSJ 100 in five years equals to 171 702 flight hours or 117,769 flight cycles. The average time of flight was 1 hour 28 minutes, which is a good result on regional routes, for which it was created. The longest flight on aircraft of this type, according to the Sukhoi company, took place in December of 2014, when the aircraft in the VIP-configuration, with the Russian delegation on board carried out a non-stop flight from Moscow to New Delhi (4738 km) in 6 hours 5 minutes.

Last year the SSJ 100 became the most popular Russian civilian aircraft. According to the Russian Transport Clearing House, in the first year of its operation, the volume of traffic by Russian airlines on SSJ 100 was only 70,7 million, but in the last year it has increased to 1837,66 million. Nominally, this is more than any other Russian or Soviet-made now flying aircraft in Russia. But if we will look at the country’s total passenger traffic of civil aviation, the share of SSJ 100 would be only 0.81% in 2015.

The manufacturer said that from 2007 to 2015 they have produced 102 aircraft, including prototypes. The highest peak of production was in 2014, when they made 37 SSJ 100’s. In 2015 Sukhoi company reported about 17 built jets. In fact, the SSJ 100 became only one commercial program of the United Aircraft Corporation oriented to more than governmental customer.

This year, Sukhoi company plans to build 20 new Sukhoi Superjet 100. The company will continue deliveries to the main clients – Aeroflot and Interjet.

We can easily call Sukhoi SuperJet 100 a revitalizer of the Russian aviation and a game-changing, modern, and worldwide certified airliner that delivers a high level of comfort and cabin capacity that is far superior to all of its competitors.

Is it still true that Russian company has a lack of past performance in the market and no track records? The answer is definitely – yes. The map of customers is not so impressive – Mexico, Ireland, Russia. More than 80% of all SSJ 100 which is in service are in Russia. It is because Russian government trying to force the local airlines to buy SSJ 100 by offering various subsidies. Plus, the EU-US economic sanctions on Russia are not letting Sukhoi company act freely and expand in all directions. But we should admit that there is a significant progress in these 5 years after the first flight. More and more airlines taking into account SSJ 100 as a potential machine to renew their fleet on regional routes, yet SSJ 100 still need time and better days to rise and shine.